'No Place in Our National Parks.' Thousands Try to Stop a Starbucks From Opening in Yosemite

Nothing says “I enjoy the great outdoors” like a Venti Mocha Frappuccino.

Earlier this month, The Fresno Bee reported that a Starbucks outpost would open in Yosemite National Park this spring.

Almost immediately, a petition was started on Change.org to stop the Starbucks, saying “multinational corporations have no place in our national parks.” So far, more than 21,000 people have signed.

The food court will be operated by Yosemite Hospitality, which earned a 15-year contract with the national park in 2015. The contract included operating public services, including “reducing vehicle traffic in Yosemite Valley, increasing water conservation, reducing electricity and fuel usage, and enhancing food and beverage operations for visitors.”

Currently, the closest Starbucks locations are in nearby Mammoth Lakes, to the southeast of Yosemite, and in Sonora, west of the park.

“This new Starbucks offering is part of our commitment to working with the NPS to design and develop programs that offer a wide array of offerings and menu items that enhance the overall visitor dining experience at Yosemite National Park,” Aramak told Travel + Leisure in a statement. “This and the other new and improved offerings that are part of Yosemite Valley Lodge’s food court renovation are reflective of guest feedback we’ve received. Starbucks is replacing an existing retail coffee brand. No new structures or free-standing stores are being built as part of this renovation. The Starbucks offering will occupy existing space.”

“It’s worth noting, Starbucks has a long track record of and deep commitment to social and environmental impact, which we believe will benefit Yosemite National Park,” Aramak added.

The Starbucks will be part of a new food court, opening in the spring at the Yosemite Valley Lodge. The food court will offer sandwiches, salads, coffee and other concessions to visitors. The petition urged Aramak to consider local offerings instead of a corporation.

Since the petition, Aramak has removed a job posting for a manager role at the store.

Note: This story had been updated with comment from Aramak. 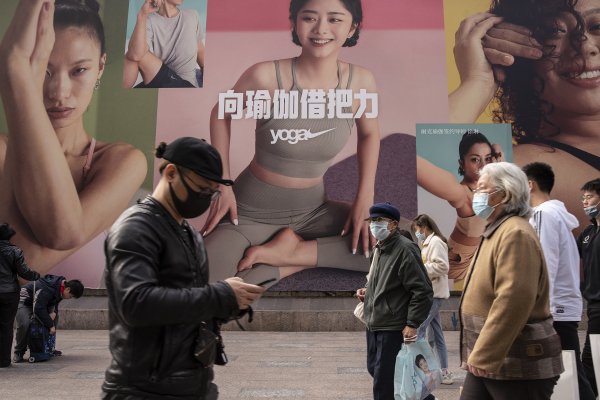 H&amp;M and Nike Learn the Price of Doing Business in China
Next Up: Editor's Pick