Hospitals Overwhelmed by Flu Patients Are Treating Them in Tents

The 2017-2018 influenza epidemic is sending people to hospitals and urgent-care centers in every state, and medical centers are responding with extraordinary measures: asking staff to work overtime, setting up triage tents, restricting friends and family visits and canceling elective surgeries, to name a few.

“We are pretty much at capacity, and the volume is certainly different from previous flu seasons,” says Dr. Alfred Tallia, professor and chair of family medicine at the Robert Wood Johnson Medical Center in New Brunswick, New Jersey. “I’ve been in practice for 30 years, and it’s been a good 15 or 20 years since I’ve seen a flu-related illness scenario like we’ve had this year.”

Tallia says his hospital is “managing, but just barely,” at keeping up with the increased number of sick patients in the last three weeks. The hospital’s urgent-care centers have also been inundated, and its outpatient clinics have no appointments available.

MORE: Here’s Why the Flu Is Especially Bad This Year

The story is similar in Alabama, which declared a state of emergency last week in response to the flu epidemic. Dr. Bernard Camins, associate professor of infectious diseases at the University of Alabama at Birmingham, says that UAB Hospital cancelled elective surgeries scheduled for Thursday and Friday of last week to make more beds available to flu patients.

“We had to treat patients in places where we normally wouldn’t, like in recovery rooms,” says Camins. “The emergency room was very crowded, both with sick patients who needed to be admitted and patients who just needed to be seen and given Tamiflu.”

In California, which has been particularly hard hit by this season’s flu, several hospitals have set up large “surge tents” outside their emergency departments to accommodate and treat flu patients. Even then, the LA Times reported this week, emergency departments had standing-room only, and some patients had to be treated in hallways.

The Lehigh Valley Health System in Allentown, Pennsylvania, set up a similar surge tent in its parking lot on Monday, in response to an increase in patients presenting with various viral illnesses, including norovirus, respiratory syncytial virus (RSV) and the flu. “We’ve put it into operation a couples times now over the last few days,” said a hospital spokesperson. “I think Tuesday we saw upwards of about 40 people in the tent itself.”

Many hospitals are also encouraging visitors to stay away. Kaiser Permanente Los Angeles Medical Center announced last week that it was temporarily restricting visits from children 14 and under and anyone with flu symptoms. “This measure is to prevent unnecessary spread of influenza and to protect you, our patients, and our staff,” the health system posted on Facebook.

Loyola University Health System in Chicago—which set a hospital flu-activity record of 190 confirmed cases between January 7 and 13—has also instituted similar visitor restrictions, although a spokesperson for the hospital says it’s a standard precaution for flu season. Loyola also requires all employees to receive a mandatory flu shot, a policy it started in 2009.

In Fenton, Missouri, SSM Health St. Clare Hospital has opened its emergency overflow wing, as well as all outpatient centers and surgical holding centers, to make more beds available to patients who need them. Nurses are being “pulled from all floors to care for them,” says registered nurse Jennifer Braciszewski, and are being offered an increased hourly rate to work above and beyond their normal schedules. Many nurses have also become sick, however, so the staff is also short-handed.

The flu has especially affected hospital patients with other health issues, says Braciszewski, who works with cardiac patients. “Almost every patient in the hospital has the flu, and it’s making their pre-existing conditions worse,” she says. “More and more patients are needing mechanical ventilation due to respiratory failure from the flu and other rampant upper respiratory infections.”

Braciszewski says she’s picked up a few extra shifts so far this month, and that while the work is difficult and overwhelming, it’s also rewarding. “They haven’t gone into mandatory overtime on my floor yet, but nurses are helping out by staying an extra four hours here and there or coming in early,” she says. “The thing about nursing is it’s a sister/brotherhood; we can’t leave each other in distress.”

CDC director Brenda Fitzgerald said last week that the flu appeared to be peaking, but that “it will take many more weeks for flu activity to truly slow down.” Camins says flu activity at UAB Hospital was slightly lower this week than last week, but that it’s too early to know if the worst has come and gone.

“It’s slowing down, thank God, but there have been some seasons that have actually had two peaks—so we really don’t know what the next few months will be like,” he says. “We’ve already had three times the volume of the peak from last year in Jefferson County, and I think we’re going to end up quadrupling it by the time we finally get all the data in.”

Doctors say it’s not too late to get a flu shot this season—even if you’ve already been sick—and many hospitals are asking patients about the flu vaccine and offering it to those who haven’t yet received it. They’re also encouraging otherwise healthy people who think they have the flu to call their primary care doctors rather than visit the emergency room, especially while hospital volume is so high.

If you’re otherwise healthy, “you can ask your doctor to prescribe an anti-viral medicine over the phone,” says Camins. That way, he adds, emergency departments can be freed up to care for patients who are the most vulnerable to serious complications from the flu—like children, the elderly and people with pre-existing conditions. 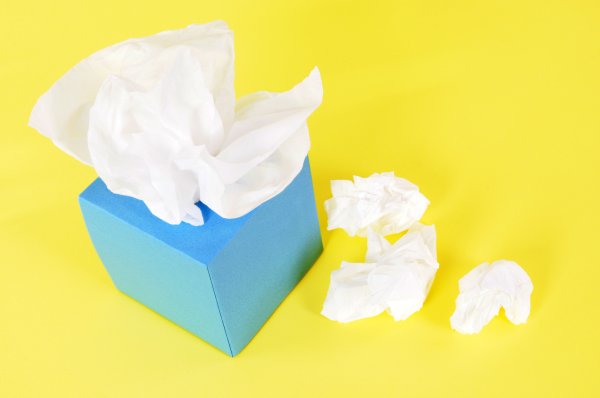 4 Simple Ways to Protect Your Child From the Flu
Next Up: Editor's Pick