A massive “potentially hazardous” asteroid spanning more than the length of the world’s tallest building will fly by our planet on Feb. 4.

The roughly .7-mile long asteroid is considered longer than the Burj Khalifa, which at .5 miles high currently stands as the world’s tallest building, and will fly at a speed of 67,000 miles per hour just 2.6 million miles from Earth.

“This is a fairly routine close approach of an object that we have known about for many years,” said Paul Chodas who manages the Center for Near Earth Object Studies at NASA’s Jet Propulsion Laboratory. Asteroid 2002 AJ192 was discovered in 2002.

“We’ve been tracking it since then so we know its trajectory very accurately and predicted this close approach years ago,” Chodas added. “Close approaches of near-earth objects happen almost daily, and many of them are closer than this.”

Thanks to its reach and size, the asteroid is classified as “potentially hazardous” by NASA, but it’s one of over 1,000 asteroids and comets scientists currently know about that falls under this category.

Technically the asteroid’s current size remains unknown and it has been estimated based on typical reflectivity, said Chodas. That’s part of the reason why the asteroid’s upcoming flyby is gaining attention.

Under NASA’s classifications, any asteroid or comet predicted to travel anywhere within 0.05 Astronomical Units (or reaching under 5 million miles) of Earth’s orbit and that has a size of at least 30 meters or more is deemed “potentially hazardous.”

Though 2002 AJ129 is far enough from Earth’s orbit to avoid any collisions, scientists plan to continue closely observing the rock and others like it using both the Goldstone Radio Telescope in California and the Arecibo telescope in Puerto Rico.

They also have even been looking into technology that would allow them to deflect asteroids from a distance. Last year scientists began working on the Double Asteroid Reflection Test (DART), which would allow them to strike the asteroid as its approaching Earth to shift its orbit through a technique known as kinetic impactor. The first test with DART is planned for October of 2022 and again in 2024. 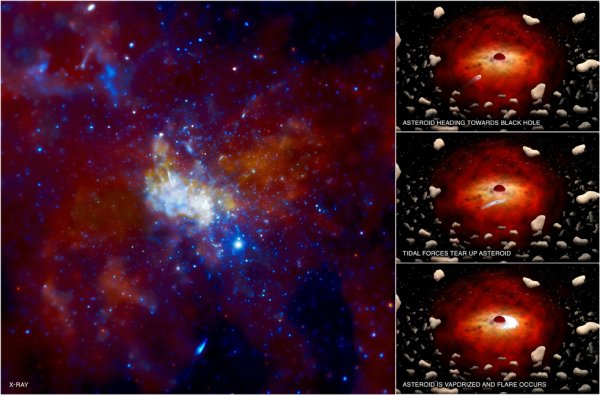