Brian Wilson of The Beach Boys performs on their 50th Anniversary tour at Wembley Arena in London, U.K. on Sept. 28, 2012.
Matt Ken—WireImage/Getty Images
By Eli Meixler

Brian Wilson, Beach Boys frontman and brainchild of a California sound that changed American music, received a surprise accolade this week from his former high school — an “A” in music.

Wilson, who attended Hawthorne High School in Los Angeles County in the 1950s—along with his brothers and fellow Beach Boys Dennis and Carl Wilson, their cousin Mike Love, and friend Al Jardine—took a trip down memory lane this week, visiting the his old school and tweeting #BeTrueToYourSchool.

The trip was capped off with an honor befitting an alumni of Wilson’s stature: an “A” in music for the Beach Boys’ song “Surfin’.”

Wilson, 75, wrote “Surfin,'” for his high school music class, for which he had originally received an “F”, NPR reports. The school’s principal Dr. Vanessa Landesfeind, amended his grade to an “A.”

The failed assignment eventually became the band’s first single in 1961. Co-written with Mike Love, the Wilson boys polished off the song while their parents were on vacation, having left the boys $200 for groceries that they spent instead on music equipment, the Long Beach Press-Telegram reports. It appeared on the band’s 1962 album, “Surfin’ Safari,” and was a harbinger of what would become the band’s signature California-surfer sound.

The band’s world tour, commemorating the 50th anniversary of their groundbreaking album Pet Sounds, continues in May. 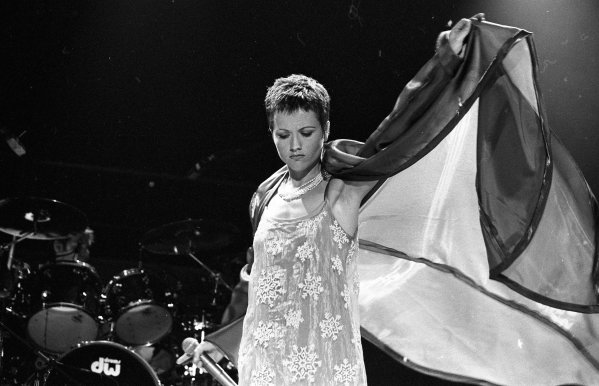 The Real Tragedy Behind Dolores O'Riordan's Biggest Hit With the Cranberries
Next Up: Editor's Pick