The Tide Pod challenge is a social media phenomenon that has inspired a number of memes about people wanting to eat the colorful detergent pods. Although the challenge is mostly a joke, an increasing number of teenagers have reportedly been eating laundry pods, prompting warnings from U.S. officials, poison control centers and Tide’s parent company Procter & Gamble to not ingest detergent.

Now, YouTube is taking steps to clamp down on videos about the Tide Pod challenge.

“YouTube’s Community Guidelines prohibit content that’s intended to encourage dangerous activities that have an inherent risk of physical harm,” the company said in a statement to Fast Company. “We work quickly to remove flagged videos that violate our policies.”

This year, 39 cases of teenagers misusing laundry pods on purpose were reported in the first 15 days of January, according to the American Association of Poison Control Centers. Last year, there were 53 cases total and 39 cases total in 2016.

In a statement to TIME earlier this week, a spokesperson for Procter & Gamble said, “We are deeply concerned about conversations related to intentional and improper use of liquid laundry pacs, and have been working with leading social media networks to remove harmful content that is not consistent with their policies. Laundry pacs are made to clean clothes. They should not be played with, whatever the circumstance, even if meant as a joke. Like all household cleaning products, they must be used properly and stored safely.”

If you or someone you know ingests a laundry pod or another potentially toxic substance, call the national poison help hotline at 1-800-222-1222 or text POISON to 797979 to save the number in your phone. 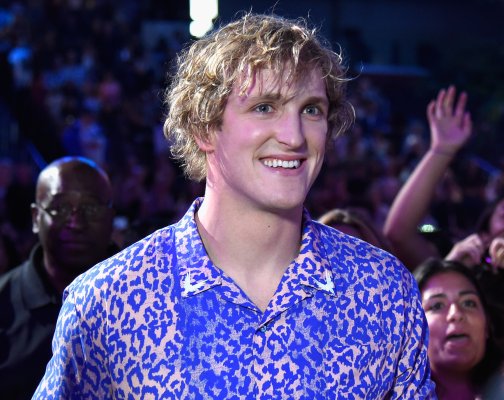 YouTube Was 'Upset' by Controversial Logan Paul Video
Next Up: Editor's Pick