'It's Actually a Nightmare.' Mother Warns Others After 10-Year-Old Suddenly Dies From Flu

The mother of a healthy 10-year-old Connecticut boy who died suddenly of complications from the flu is warning other parents to watch their children closely during one of the most active flu seasons in years.

Nico Mallozi had never had a serious medical issue in his life. On Sunday, the vibrant, popular fourth-grader died of what at first seemed like a routine case of the virus — leaving his Connecticut community reeling.

“Ten years of health,” Nico’s mother, Mimma Mallozzi, tells TIME. “The kid never had a problem. He was like an ox.”

The Mallozzi family isn’t the only one grappling with flu-related tragedies this winter. At least 20 pediatric deaths have been reported so far, according to the CDC. And the deaths of a fit 21-year-old man in Pennsylvania and a 40-year-old California marathoner have attracted widespread media attention, raising alarm bells about this year’s severe flu season.

Most cases of the flu will resolve after a few days of fluids, rest and antivirals or over-the-counter drugs. Still, Mallozzi — whose older son, 12, is currently in the hospital with the flu himself, but appears to be doing fine — urges parents to keep a close eye on their kids, and take action if necessary.

“It caught [Nico] off guard,” she says. “You have to be aware of your child.”

Nico came down with what seemed like an average case of the flu last week. Though he was sick, he seemed well enough to accompany his hockey team, the Connecticut RoughRiders, to a weekend tournament in New York, the New Canaan News reports. While in New York, however, Nico’s health took a sudden turn.

“He progressively got worse,” Mallozzi remembers. “I didn’t like the way he looked.” Mallozzi called 911 on the family’s way home from the tournament, and Nico was taken to a New York hospital. On Sunday, he died from sepsis resulting from pneumonia — a complication of the flu, according to the New York medical examiner’s office.

The uptick in total flu cases and complications likely stems from the strain of influenza virus circulating this year: H3N2. H3 strains are more serious than other flu viruses and are difficult to target with vaccines, according to the CDC, leading to particularly bad flu seasons, as in 2012-2013 and 2014-2015.

This year, the flu shot was only about 30% effective against the H3 virus, according to CDC estimates. As of the agency’s latest assessment, the entire continental U.S. is experiencing “widespread” incidence of the flu, resulting in almost 23 hospitalizations per 100,000 U.S. residents. 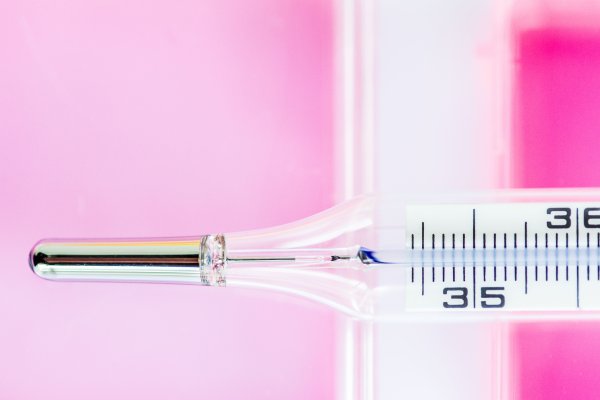 The Flu Killed a Healthy 21-Year-Old Man. Here's How That Can Happen
Next Up: Editor's Pick