Coffey, 20, died on Nov. 3 after a Pi Kappa Phi “big brother” ritual where he passed out after drinking a bottle of bourbon, according to a Leon County grand jury report released in December. Coffey was found unresponsive the morning after the party, and he had a blood alcohol level of .447 at the time of an autopsy. The grand jury concluded that there was sufficient evidence to support criminal charges in Coffey’s death, describing “alarming” alcohol abuse within the fraternity chapter and accusing fraternity members of fostering an “environment of hazing.”

On Tuesday, the Tallahassee Police Department said all nine suspects will face charges of “College Hazing-Cause Injury or Death.”

“This collaborative investigation was critical to finding answers for Andrew Coffey’s family and our community,” said Tallahassee Police Chief Michael J. DeLeo in a statement. “Hopefully, this investigation and its outcome will prevent another tragedy from occurring.”

Florida State President John Thrasher suspended Greek life indefinitely in the wake of Coffey’s death and called for a “a new normal for Greek Life at the university.” Several other universities took similar action last year in response to deadly hazing incidents.

“Even as we are heartbroken, we are also troubled. Troubled that our son died alone in a room full of people,” they wrote. “Troubled that no one stood up and said ‘stop,’ ‘no,’ ‘enough.’ Troubled that a group of young people saw someone in crisis and didn’t act. And troubled that this continues to happen, again and again.” 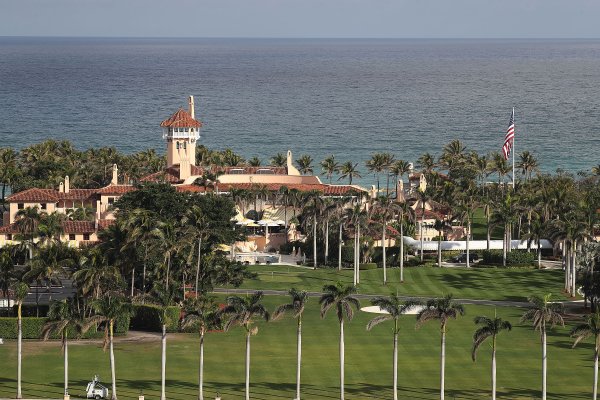 Trump's 'Winter White House' Has Been Cited
Next Up: Editor's Pick