Hong Kong democracy activist Joshua Wong was sentenced Wednesday to three months in prison for his role in massive protests in 2014, dealing another blow to the pro-democratic youth movement in this semi-autonomous region of China.

Wong, 21, pleaded guilty to the charge of defying a court order to leave a demonstration site at the end of the mass democracy protests known as the Umbrella Movement, a 79-day occupation of the city demanding freer elections and greater political autonomy.

“They can lock up our bodies, but they cannot lock up our minds,” Wong told reporters outside the High Court before the ruling.

Wong and another activist, Raphael Wong Ho-ming, were remanded in custody while 14 other defendants were dealt suspended sentences, according to the South China Morning Post. A crowd of about 30 demonstrators gathered outside the courthouse, where chants of “Support civil disobedience! Support Joshua and Raphael!” rang out in Cantonese as the prisoners were loaded into transport vehicles.

Along with fellow protest leaders Nathan Law and Alex Chow, Wong was sentenced to several months in prison on separate charges in August, in a revised ruling viewed by many as politically motivated. He was released on bail in October after serving more than two months in prison; their custodial sentences effectively barred them from political office for the next five years.

Law says that the new sentence is a setback in the lead-up to legislative by-elections to be held in March, even though neither of them can contest for their political party, Demosistō. “There will be a huge difference due to Joshua’s absence, because he brought a lot of exposure to our team,” Law tells TIME, “but whatever roles he was taking on, we will do them double while he is in prison.”

Willy Lam, Adjunct Professor at the Chinese University of Hong Kong’s Centre for China Studies, says the “relatively tough sentences” dealt Wednesday might cut both ways; while jailing Wong may have a chilling effect on some Hong Kong youths, it could also “serve to radicalize young people toward taking more extreme positions” against the pro-Beijing government.

Benedict Rogers, founder and chair of the U.K.-based rights group Hong Kong Watch, tells TIME he was “surprised and shocked” by the ruling, but that it will be unlikely to derail Wong and his peers in their pursuit of universal suffrage and democratic norms in Hong Kong.

“They have a courage and integrity that is truly inspiring,” Rogers says. “However, it may well deter others from participating,” he adds, by reinforcing the message that “the pro-democracy camp is not welcome.” 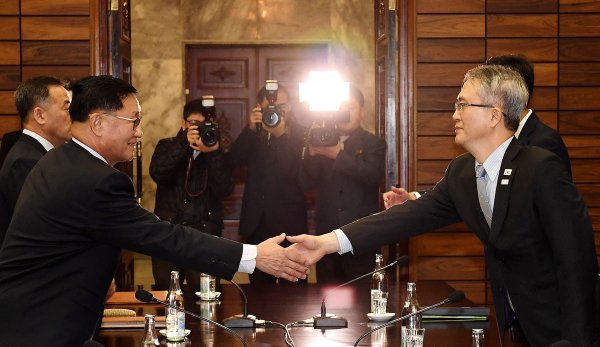 The 5 Things to Know About the Thaw in Korean Relations
Next Up: Editor's Pick