White House Press Secretary Sarah Sanders defended Trump’s use of vulgar language Tuesday afternoon, saying he is not a “scripted robot” and that “tough” language helped get him elected.

Asked about Trump reportedly referring to African countries as “shithole[s],” Sanders denied that Trump used that specific term and said, “No one here is going to pretend like the president is always politically correct. He isn’t. I think that’s one of the reasons the American people love him.”

“One of the reasons that he won and is sitting in the Oval Office today is because he isn’t a scripted robot,” she continued. “He’s somebody who tells things like they are sometimes, and sometimes he does use tough language.”

Democratic Sen. Dick Durbin and others have said that in an immigration meeting last week, Trump questioned why the United States should accept more immigrants from Haiti and “shithole” African countries. Some senators and Trump aides have said they did not hear him use that word, while others say they heard the same thing Durbin did. Trump has said his language was “misrepresented.”

“I’ve never heard him say anything like that,” Sanders said Tuesday of the substance of Trump’s remark. 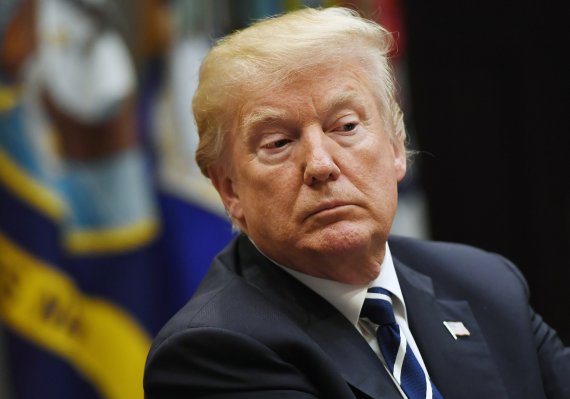