Jackson discussed in detail the results of Trump’s medical exam during a press briefing at the White House, and said that, though he recommended changes to the president’s diet and exercise regimen, Trump will likely be in good health for the rest of his term, as well as a possible second term.

Trump’s physical exam included cognitive testing, which is unusual for sitting presidents. Jackson had not originally planned to conduct the test, he said, but administered the Montreal Cognitive Assessment at Trump’s request. The president performed “exceedingly well,” Jackson said, and showed no signs of cognitive decline. 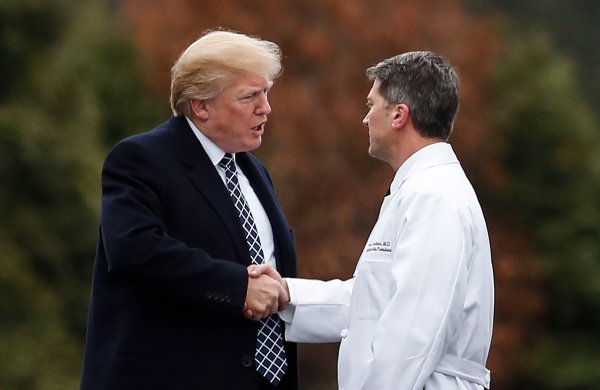 Trump Is in Good Health, White House Doctor Says
Next Up: Editor's Pick