Sen. Rand Paul: President Trump Has Had a Year of Accomplishments

President Donald J. Trump during an event to sign the Tax Cut and Reform Bill in the Oval Office at The White House in Washington, DC on Dec. 22, 2017.
Brendan Smialowski—AFP/Getty Images
Ideas
By Sen. Rand Paul
Paul is the junior U.S. Senator for Kentucky

It has been said that Ronald Reagan observed that “the person who agrees with you 80% of the time is a friend and an ally — not a 20% traitor.” I try to take this approach as well, and though I have disagreements with GOP leaders in the White House and Congress, I try to focus on the areas of agreement whenever possible.

I do not always align with President Trump — and I have voiced my opposition at times, including voting against some of his nominees and initiatives. But I will tell you, he has had some great success through his first year, and I look forward to what 2018 will bring. Let us review the major accomplishments of the GOP controlling the White House and Congress.

For starters, the Trump Administration has assembled one of the most conservative and effective cabinets in decades. From my friend and Office of Management and Budget Director Mick Mulvaney, to Environmental Protection Agency Administrator Scott Pruitt, to Housing and Urban Development Secretary Ben Carson, this is a team grounded in conservative principles and ideals.

Why is this important? So much of government in recent years has consisted of executive agency overreach and overregulation. But the Cabinet is pushing back and freeing our economy and citizens from this burden. I applaud their first year’s efforts.

Supreme Court Justice Neil Gorsuch is another huge bright spot — a great pick by President Trump, and a team effort to ensure his confirmation and place on the court. This is combined with a record pace and similar success in appointing and confirming lower court judges. This matters. Our country’s course will be set for the better, and our Constitution more strongly guarded, if his future nominations are in the mold of his first.

On the legislative front, President Trump kept his promise to make America more energy independent, which has revived the coal industry in Kentucky and beyond. The War on Coal has ended. We will soon be drilling offshore and in the Arctic National Wildlife Refuge. Combine all this with the announcement that the U.S. will withdraw from the Paris Agreement, and this administration has clearly charted a new course for America’s energy supply and energy workers.

Working together, we have also passed a tax cut that will create jobs, killed the Obamacare mandate and pushed for expansion of Association Health Plans to give cheaper, better healthcare to millions of Americans.

Finally, during my time in the U.S. Senate, I have called for foreign aid to be cut to those who burn the American flag and chant “Death to America.” The out-of-touch politicians in Washington just laughed, and no president of either party supported cutting aid. President Trump has changed that, and he cut aid to Pakistan for a frustrating lack of cooperation in combating terror. I look forward to further cuts and welcome this prioritization on the needs of our own nation as we decide policy. I am also encouraged to have the President’s support for redirecting savings to fixing crumbling infrastructure here at home. We should be repairing roads and bridges in towns such as Louisville, not Karachi.

Our economy is beginning to move again, and the reaction to the tax cuts has been amazing. Companies across the spectrum have given raises and bonuses, increased investments and largely done what we expected — turn the tax cut into an engine for growth. And this is just year one.

I look forward to working for more freedom, greater economic growth and an America First policy as we move into year two. 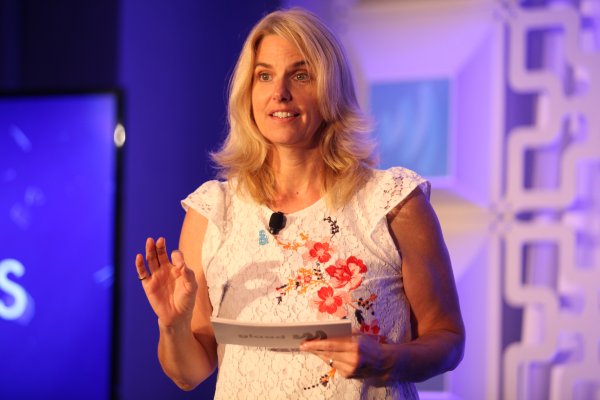 President Trump Is Trying to Erase the LGBTQ Community
Next Up: Editor's Pick