President Trump Is Trying to Erase the LGBTQ Community

It’s been almost a year to the day since my life – both personally and professionally – changed profoundly. It can only be described as moving from a place of possibility and progress to a nightmare for myself, my family and the LGBTQ community at large.

Personally, under the Obama administration, I stood on the White House lawn with my wife and our twins for the Easter Egg Roll. I attended LGBTQ Pride receptions and helped plan LGBTQ panel discussions at The White House. I celebrated as the White House was lit in a rainbow after marriage equality became law of the land.

More importantly, however, during those years LGBTQ rights and visibility expanded in new, historic and unprecedented ways. In fact, throughout my life there has always been forward motion — albeit sometimes trudging — on LGBTQ rights.

But on January 20th of last year, Donald Trump assumed the presidency of the United States, and since day one – when references to LGBTQ people were purged from the White House website – the LGBTQ community was forced to face a new world order.

The administration’s anti-LGBTQ actions are as numerous as they are insidious. President Trump announced his attempt to ban transgender people from the military, the LGBTQ community was erased from the National Survey of Older Americans, a budget was proposed that cuts funding to HIV and AIDS research, guidance protecting transgender youth in schools was rescinded, World AIDS Day passed without any mention of LGBTQ people and I could go on.

Can you imagine being a transgender person in the military, proudly and bravely answering the call to serve your country, and then learning that Trump tweeted about banning you? It’s heartbreaking to imagine, and most Americans would agree, that it is a disrespectful, despicable and ungrateful way to treat our bravest and most patriotic citizens.

But it’s not only about policy, it’s also about culture. Trump is waging a culture war with our communities, the likes of which I have not seen in my lifetime. He aims to roll back rights and protections, but also general acceptance of LGBTQ people in society and culture. The White House was radio silent during LGBTQ Pride Month for the first time in eight years.

At GLAAD we wake up and go to work every day to create a culture of visibility and acceptance for LGBTQ people. Think about LGBTQ young people who are just coming out now in an environment where they’re being attacked daily and erased by our own government. That world is not acceptable to us, and we will resist it.

GLAAD and the LGBTQ community have always been fighters – that is our legacy. Everything that our communities have achieved in the course of our history, we have fought for, and this time will be no different.

In response to the administration’s onslaught of erasure and hate, GLAAD created the Trump Accountability Project to hold Trump and those in his administration accountable for their actions and statements. We joined other LGBTQ people in the streets during the Women’s March and protests against the rollback of DACA and the implementation of the travel ban. Our community spoke out when Trump, Attorney General Jeff Sessions and their allies tried to write discrimination into law with “religious exemptions” guidance.

GLAAD also leaked audio of Mark Green, Trump’s nominee for Secretary of the Army, making discriminatory remarks towards transgender people, which resulted in Green’s decision to withdraw from consideration. And when there were rumblings of the Centers for Disease Control and Prevention censoring certain words from their 2018 budgets, including “transgender” and “diversity,” LGBTQ leaders were some of the first to denounce it.

And we will fight on.

Our voices and our visibility will yield change even in an administration that tries at every step to delete us from the cultural landscape. We will not be removed. And to those young people coming out right now in this political environment – we have your backs. We will shape the future — our future — together. 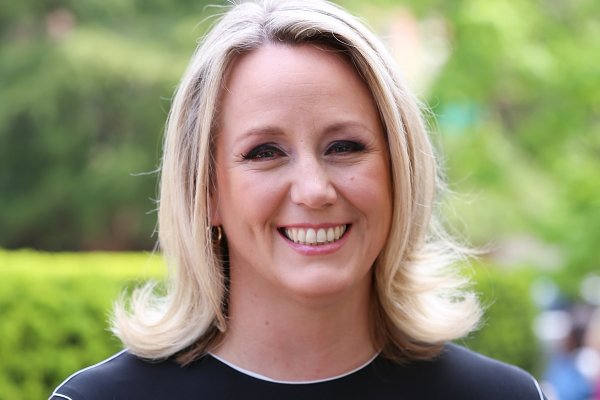