“Donald Trump chasing me around the bedroom in his tighty whities isn’t something that you ever forget,” Evans said Daniels told her.

So far, the story hasn’t hurt Trump much politically, and there are signs that it never will.

RALEIGH, NC - JULY 5: Presumptive Republican presidential nominee Donald Trump shows a police officer his photo on the cover of a Playboy magazine during a campaign event at the Duke Energy Center for the Performing Arts on July 5, 2016 in Raleigh, North Carolina. Earlier in the day Hillary Clinton campaigned in Charlotte, North Carolina with President Barack Obama. (Photo by Sara D. Davis/Getty Images)
Getty Images. Donald Trump on the campaign trail in 2016

For some politicians, the story would be about hypocrisy: Anti-abortion Rep. Tim Murphy eventually resigned after accounts that he pressured a mistress to have an abortion, for example. And Trump, in fact, signed an anti-pornography pledge in 2016 from the group Enough is Enough, which argues that pornography is severely harmful. The 2016 Republican platform called internet pornography “a public health crisis.”

But we already knew that Trump has no problem with naked photos and videos. He appeared on the cover of Playboy magazine, which he proudly displayed on the wall of his office in Trump Tower, and he signed copies of the magazine on the campaign trail. He had cameos in three Playboy videos, including one as recent as 2001. The First Lady’s official White House biography even included a reference to the time she posed nude for British GQ, not her only such photo shoot.

But we already knew that Trump has some salacious details in his life. His three marriages and two divorces were tabloid fodder in New York, and the New York Post once ran a cover with his mistress claiming Trump was the “best sex I’ve ever had.” He boasted to Howard Stern about going in contestants’ dressing rooms during his pageants. He bragged about the size of his private parts at a presidential debate. Another adult film star claimed that he once offered her $10,000 for sex. (A Trump spokesperson contested that account.)

And for some politicians, the story would be about values: News of an old drunk-driving arrest just before the election cost George W. Bush among evangelical voters in 2000, for example. And Trump, in fact, has very low poll ratings on his personal values, with 62% of American voters saying that he does not share their values and 58% saying he is not honest in one recent Quinnipiac poll.

But we already knew that voters don’t think highly about Trump. The numbers from Quinnipiac on sharing voters’ values are essentially unchanged from the first time it asked that question in November of 2015. And Trump’s base does not seem to mind. Another poll from PRRI/Brookings found that the number of white evangelicals who said that a politician who “commits an immoral act in their personal life” can still fulfill the duties of office swung from 30% in 2011 to 72% in 2016.

The story fits into much of what American voters already knew about Trump.

After all, Americans already knew that 18 women had accused Trump of sexual misconduct. The Wall Street Journal published a very similar story just before the election, reporting that the pro-Trump National Enquirer paid a former Playboy model $150,000 for the rights to a story about her affair with Trump in 2006, allegedly in order to keep it from becoming public. And one popular website had already reported that Trump was “pals with” Stormy Daniels before the election.

In short, the Stormy Daniels story may be shocking, but it’s not surprising. And that means it’s not likely to hurt Trump much. 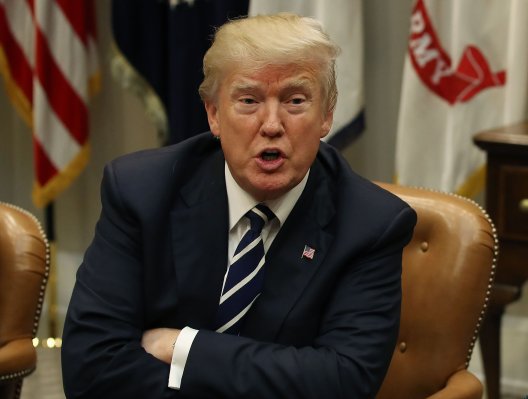