Here's How Common the Tide Pod Challenge Really Is

The reminder came in the midst of the so-called Tide Pod Challenge, a social media phenomenon that has inspired countless memes and tweets about snacking on the colorful detergent capsules — and that reportedly has teenagers eating them for bragging rights.

But just how widespread is this challenge?

Thirty-nine reports of teenagers intentionally misusing laundry pods came in during the first 15 days of 2018 alone, according to data from the American Association of Poison Control Centers (AAPCC). For context, there were 39 cases of intentional misuse of these pods among teenagers in all of 2016, and 53 in 2017, AAPCC spokesperson Edward Walrod told TIME — suggesting that while the problem may not be hugely common, it is on the rise.

While teenagers are making headlines right now, parents and consumer protection groups have for years been concerned that the laundry pods too closely resemble candy or toys and could be accidentally eaten by young children who don’t know the difference. (The USCPSC has been warning parents about laundry pods since 2013.) In 2017, about 10,500 of the 12,300 estimated exposures to laundry pods occurred in children younger than five, according to the AAPCC.

The products may also pose a risk to elderly adults who have Alzheimer’s or dementia. Last year, 167 incidents involving adults older than 60 were reported.

In all, 456 people across age groups have reportedly been exposed to single-load laundry packets so far this year, whether intentionally or not, according to the AAPCC data.

Tide Pods, and other single-load laundry pouches, are potentially toxic because they often contain ethanol, hydrogen peroxide and long-chain polymers, which can burn the mouth, digestive system and stomach, according to Consumer Reports. The thin membrane around the detergent, which is designed to dissolve in the washing machine, may also melt in your mouth, releasing chemicals in as little as a few seconds. Ingesting one of these pods, according to Consumer Reports, could lead to severe gastrointestinal distress and respiratory arrest, and if the detergent makes its way into the bloodstream and organs, the effect could be fatal.

Tide’s website contains an entire page of safety tips related to its laundry pods. Some products come with child safety locks on their containers, as well as bitter pod coatings meant to deter ingestion.

A spokesperson for Procter & Gamble, Tide’s parent company, said in a statement provided to TIME that, “We are deeply concerned about conversations related to intentional and improper use of liquid laundry pacs, and have been working with leading social media networks to remove harmful content that is not consistent with their policies. Laundry pacs are made to clean clothes. They should not be played with, whatever the circumstance, even if meant as a joke. Like all household cleaning products, they must be used properly and stored safely.”

If you or someone you know ingests a laundry pod, or any potentially toxic substance, call the national poison help hotline at 1-800-222-1222 or text POISON to 797979 to save the number in your phone. 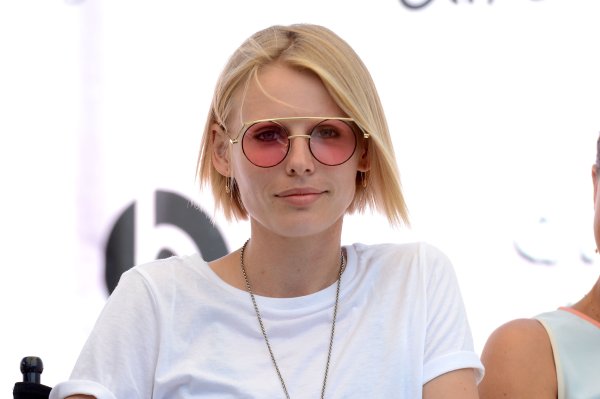 Model Lauren Wasser May Lose Her Other Leg to Toxic Shock Syndrome. Here's What That Is
Next Up: Editor's Pick