Jimmy Fallon’s James Taylor has seen fire and fury (and probably rain too).

On Monday’s episode of The Tonight Show Starring Jimmy Fallon, the late-night comedian donned a wig and facial hair to channel the acclaimed singer-songwriter for a performance of “Fire and Fury,” a politically charged parody of Taylor’s “Fire and Rain.”

Fallon’s version spoke of weariness with Trump’s decisions and his administration.

Lines such as “I’ve seen fire and I’ve seen fury/ Seen White House staff who will have to face a jury,” and “Even his own wife and kids thought he would lose/ Now he’s throwing a damn award show for fake news,” sent waves of cheers and laughter over the audience. As did Fallon-as-Taylor saying Trump had turned the White House into a “sh–hole.” 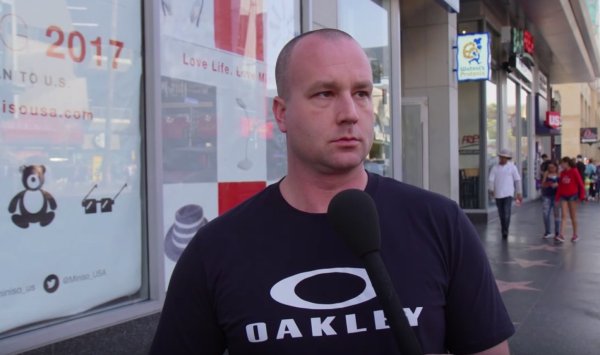 Jimmy Kimmel Got People on the Street to Believe Donald Trump Has a 'Twitter War' With Martin Luther King Jr.
Next Up: Editor's Pick