Timothée Chalamet, the break-out star of the critically acclaimed film Call Me By Your Name, joined a choir of actors condemning Woody Allen with a pledge to donate the salary from his work with the filmmaker to charities dedicated to combating sexual misconduct and abuse.

In a post on Instagram, the 22-year-old actor said he would donate his salary to Time’s Up, the LGBT Center in New York and RAINN, the largest anti-sexual assault organization in the U.S. The decision comes after the actor came under criticism for his work with Allen, who has been repeatedly accused of sexual assault by his adoptive daughter, Dylan Farrow. He said he could not answer specific questions about the allegations against Allen due to “contractual obligations” with A Rainy Day in New York, Allen’s film coming out this spring that Chalamet is starring in.

“I am learning that a good role isn’t the only criteria for accepting a job — that has become much clearer to me in the past few months, having witnessed the birth of a powerful movement intent on ending injustice, inequality and above all, silence,” Chalamet wrote Monday night in the post.

“I want to be worthy of standing shoulder to shoulder with the brave artists who are fighting for all people to be treated with the respect and dignity they deserve,” he added.

Representatives for Chalamet did not immediately respond to a request for comment about his salary for the movie and how much money he donated to the various organizations.

A growing number of actors have disavowed Allen in recent weeks amid a national reckoning with sexual harassment and assault in Hollywood, bolstered with the new, women-led organization Time’s Up, and other industries.

Actor Mira Sorvino, who won an Academy Award for her role in Allen’s 1995 film Mighty Aphrodite, apologized for working with him in an open letter to Farrow. Actor and director Greta Gerwig, who has appeared in the awards circuit this year for her directorial debut in Lady Bird, recently said she would never work with Allen again.

As the #MeToo movement grew more powerful in the winter, Farrow wrote an op-ed in the Los Angeles Times criticizing actors like Gerwig and Black Lively, among others, for condemning disgraced producer Harvey Weinstein while avoiding the subject of Allen and the allegations against him. 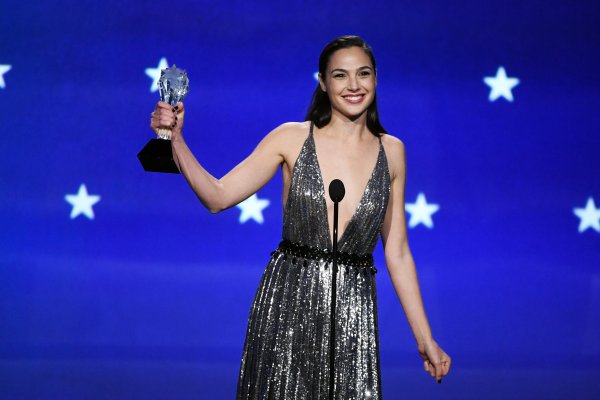 Gal Gadot on Her Job as an Actor: "It's Our Duty to Inspire"
Next Up: Editor's Pick