Pope Francis warned against the dangers of nuclear war on Monday before setting off on a trip to Chile and Peru, saying he is afraid of what could happen.

“I think we are at the very limit,” Pope Francis said when asked if he was concerned about nuclear war breaking out. “I am really afraid of this. One accident is enough to precipitate things.”

While the Pope did not discuss North Korea or Hawaii, he has frequently spoken about the deadly risks of nuclear war and called for nuclear disarmament. Reporters who boarded Pope Francis’s plane for Chile received a photo of a young Japanese boy in 1945 carrying his dead brother following the U.S. nuclear bombing of Nagasaki, Reuters reports.

“I was moved when I saw this,” Francis said. “The only thing I could think of adding were the words ‘the fruits of war.'” 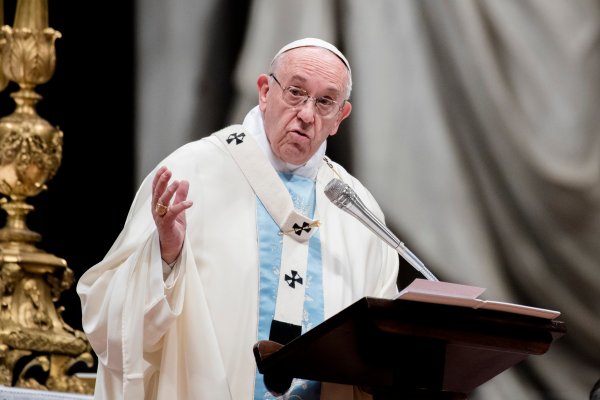 Pope Francis Calls for Empathy Toward Migrants
Next Up: Editor's Pick