I'm a Republican. What on Earth Is Wrong With My Party?

U.S. President Donald Trump listens during a meeting with bipartisan members of Congress on immigration in the Cabinet Room of the White House in Washington, D.C., U.S., on Tuesday, Jan. 9, 2018.
Bloomberg—Bloomberg via Getty Images
Ideas
By Elise Jordan
Jordan is a TIME columnist, an NBC News/MSNBC political analyst and a co-host of the Words Matter podcast.

I am a Republican in the era of Donald Trump, and I am emotionally depleted by the constant cruelty of the President of the United States.

I’ve told myself repeatedly that I am done being shocked by a degenerate of such magnitude that I wouldn’t want to invite him to a family gathering for fear of what he might say in front of my mother.

But just when you say you can’t be surprised, Trump exceeds the generosity of your lowest expectations. My heart hurt when Trump went out of his way to attack Myeshia Johnson, the pregnant widow of a fallen soldier he sent to the battlefield. I recoiled in disgust when he slanderously (and laughably) insinuated that Senator Kirsten Gillibrand was willing to prostitute herself to him for a political donation. When the President offered that among the white supremacists who killed a peaceful protester, there were “some very fine people,” it felt like an alternate history, one where the Citizens’ Council ascended to power instead of ignominy. Then there’s his support for Roy Moore, even after multiple women accused Moore of preying on them when they were teenagers and he was in his thirties.

I don’t think the way I feel is what they mean by “bleeding heart.”

The GOP’s journey from embracing compassionate conservatism to accepting Trump’s unparalleled capacity for casual cruelty cannot be dismissed as craven politics; it’s a threat to our security when the President taunts a nuclear-armed rogue dictator on social media.

The United States government that Trump helms previously invested a lot of money every year on public diplomacy — in 2016, around $2 billion. Trump believes there’s no need to fill diplomatic appointments — there’s still not an Ambassador to South Korea — because, as he puts it, “the only one who matters is me.” His strategy of demeaning the homes of the men and women of an entire continent and a neighboring island and country is as cruel as it is irresponsible.

In 1953, in response to the CIA’s pressure to overthrow the elected leader of Iran, President Dwight D. Eisenhower wondered aloud in a National Security Council meeting if perhaps we couldn’t try “to get some of the people in these downtrodden countries to like us instead of hating us?” Though Eisenhower would end up taking the CIA’s destructive advice to overthrow Prime Minister Mohammed Mossadegh, in general the former Supreme Commander of Allied Forces during World War II belabored the importance of alliances during the war and his presidency. “There is no strength equal to the strength of an enduring friendship,” Eisenhower said, reflecting his belief that military might was meaningless without relationships based on mutual respect.

President George H.W. Bush was another World War II hero who leveraged human connection for the national interest. By practicing exhaustive personal diplomacy, Bush organized a financial and military coalition that forced Iraqi tyrant Saddam Hussein’s withdrawal from Kuwait. A hypothetical question: how many world partners could Donald Trump enlist to join him for a cause?

In the aftermath of the September 11th attacks, other nations did join with us against al-Qaeda. But although we must learn from our failures in Iraq, Afghanistan, and Libya, the solution isn’t to withdraw from the world—or, worse yet, actively insult and alienate it.

Trump’s most ardent supporters will continue to praise him for ignoring the social mores of political correctness. While I resent the stifling of free speech in an increasingly hypersensitive world, Trump is not a brave truth-teller; he’s the figurehead of our nation whose first year in office is most notable for his destructive casual cruelty.

It is not hypersensitivity to be offended by blatantly racist, misogynistic and war-mongering statements from a man who refuses to exercise an ounce of self-control. Republicans used to believe that individuals were responsible for exercising self-control. Why does the Commander-in-Chief get a pass?

While Trump spoke of “American carnage” in his Inaugural address, Ronald Reagan ended his second one by describing what he called the American sound: “hopeful, big-hearted, idealistic, daring, decent, and fair.”

These are values that all Americans used to proudly champion, no matter the political party. Other Republicans still can, if they can summon the courage to state the obvious. 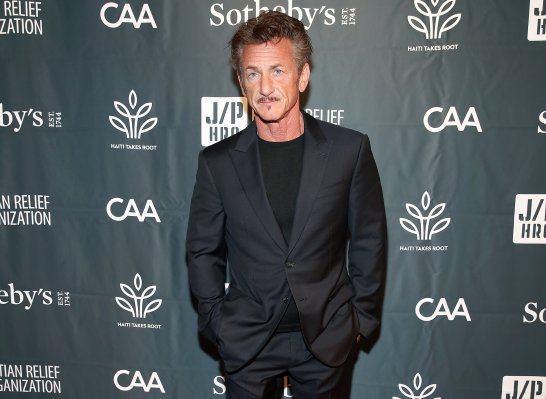 Sean Penn: ‘Donald Trump Is the Enemy of Compassion’
Next Up: Editor's Pick