The 2016 Democratic presidential nominee tweeted that Friday is the eighth anniversary of the devastating 2010 earthquake in Haiti that killed as many as 300,000 people. Instead of marking the anniversary, she said, “We‘re subjected to Trump’s ignorant, racist views of anyone who doesn’t look like him.”

During a meeting on immigration at the White House Thursday, Trump reportedly asked why the U.S. should accept more immigrants from Haiti and “shithole” countries in Africa rather than countries like Norway, according to the Washington Post. Trump has denied using that language, but fa least one senator who was at the meeting has confirmed his use of the word.

Republicans and Democrats have not yet reached an immigration deal. 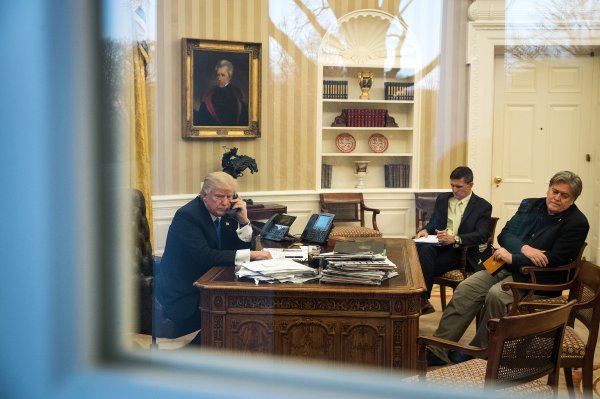 The Unpresident: Why Donald Trump Will Never Change
Next Up: Editor's Pick