'The Evidence is Incontrovertible.' The RNC’s First Black Chairman Says Trump Is Racist

Michael Steele, the first black chairman of the Republican National Committee, said in an interview with MSNBC Friday that he believes President Donald Trump is racist. Steele’s comments follow Trump’s reported description of Haiti, El Salvador and some African nations as “shithole countries.”

“At this point, the evidence is incontrovertible, it’s right there,” Steele said when asked if Trump is racist by MSNBC’s Hallie Jackson.

Trump reportedly made the controversial remark while discussing a potential immigration deal with lawmakers at the White House on Thursday. According to the The Washington Post, Trump suggested the U.S. should bring in more immigrants from places like Norway, rather than “having all these people from shithole countries come here.”

Trump has denied making the comment as reported. “This was not the language used,” he tweeted Friday.

Several other people, including CNN anchor Don Lemon, have accused President Trump of being racist following the remarks.

When asked about his relationship with President Trump, Steele responded: “[Trump doesn’t] talk to me anymore. That conversation stopped a while back because I wasn’t sycophantic . . . I wasn’t sitting there [saying], ‘here’s your towel sir, yes sir, no sir,’ that’s not how I play. And if you come to the table that way with him, your chances of having a conservation ends abruptly.”

Steele, who led the Republican National Committee from 2009 to 2011, has been a frequent critic of Trump. After the President endorsed Alabama Republican Senate nominee Roy Moore, who was accused of sexual misconduct by multiple women, Steele tweeted that “America no longer has a moral compass under [Trump’s] ‘leadership.'” And in 2016, Steele said during a dinner in San Francisco that he would not be voting for the then-Republican presidential candidate, saying that Trump “captured that racist underbelly, that frustration, that angry underbelly of American life and gave voice to that.” 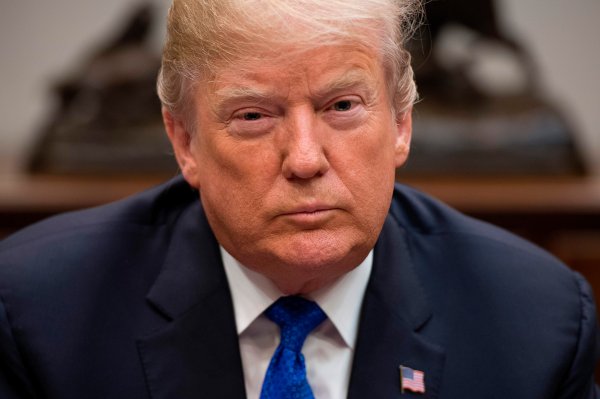 Trump: I Have a Good Relationship With Kim Jong-Un
Next Up: Editor's Pick