Swallowing Sea Water May Have an Unexpected Health Risk

In a new study, a team of U.K. researchers found a surprising health risk associated with surfing: a higher likelihood of carrying antibiotic-resistant bacteria.

Past research has shown that surfers swallow much more sea water than swimmers and other water lovers. “The big question for us was, well, so what?” says Anne Leonard, an epidemiologist at the University of Exeter Medical School and the researcher behind that 2015 research and the new study.

The new paper, published in the journal Environment International, sought to answer that question by testing the gut bacteria of about 300 people, approximately half of whom regularly surfed off the U.K. coast. Fecal samples showed that 9% of the surfers, compared to 3% of people who didn’t surf, carried E. coli that was resistant to cefotaxime, an antibiotic commonly prescribed to kill the bacteria.

While the sample size and the percentages of affected people were both small, Leonard says the results point to a possible connection between antibiotic resistance and time spent in the sea. Antimicrobials are now commonly used in medicine, agriculture and other public arenas, and Leonard says runoff and waste-water treatment practices, particularly after heavy rains, can carry those substances straight to the ocean, where surfers and others may be exposed to them. Some strains of resistant bacteria may also be naturally occurring, Leonard says.

The findings shouldn’t make anyone give up surfing, Leonard says. Instead, they’re meant to help people “make an informed decision about whether they want to go bathing,” Leonard says, adding that avoiding the water in the days immediately following heavy rains may reduce exposure.

Results may differ from country to country based on antibiotic use, water treatment practices and other factors. Even in the U.K., it will take additional research to fully understand how antibiotic resistance and the environment are related — an important goal, since diseases ranging from gonorrhea to tuberculosis are now threatening to evade traditional drugs.

“Understanding transmission and all the different ways it happens can help us to develop effective interventions to reduce the spread of resistance,” Leonard says. That’s important, “because antibiotic resistance is a growing concern internationally.” 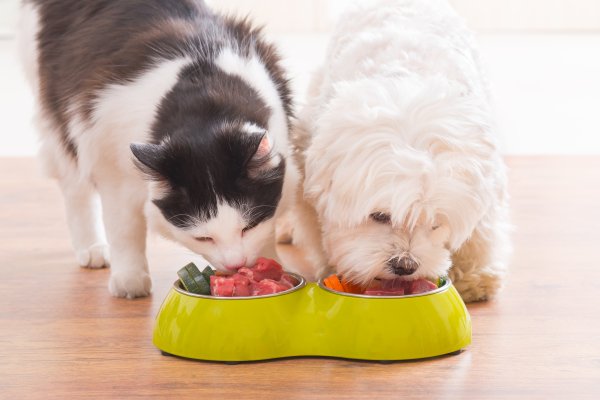 Feeding Pets a Raw-Meat Diet Can Be Dangerous for Them—and for You
Next Up: Editor's Pick