Did you have a prior interest in Grahame? When I was working on The Grifters [in 1990], the director, Stephen Frears, suggested that I watch Gloria Grahame. The Grifters is a noir-esque movie, so watching her was incredibly helpful. I fell in love with her and her unusual combination of qualities.

You play opposite a much younger man here. It’s interesting, because when I started, almost all of the men I played opposite were much older—20 years—and of course no one ever mentioned it. It was, and still is, the norm. In this case, everyone just considered it a love story we were trying to bring real heart and passion to.

You’re in an adaptation of The Seagull that’s coming out this year. Had you done Chekhov before? Yeah, because I was a theater major, so for those of us who grew up doing plays, Chekhov is our hero. It was literally a dream come true to be able to do the movie. I did the same part when I was in acting school, when I was in my early 20s. The fact that the producers got the money to do it was such a shock!

Why do you think this past year was the tipping point for conversations about sexual harassment? The tipping point in my view is technology, and the fact that we have this ability to immediately spread information. There are a lot of things that went into it— more women in the workplace, more women being educated. I hope that with people in show business leading the way, that will work into the lives of the average working woman and man who is vulnerable to their boss, who can’t just quit, who’s got a family to support. Maybe now there will be more systems of redress where people can go and not just be traumatized by those in powerful positions. 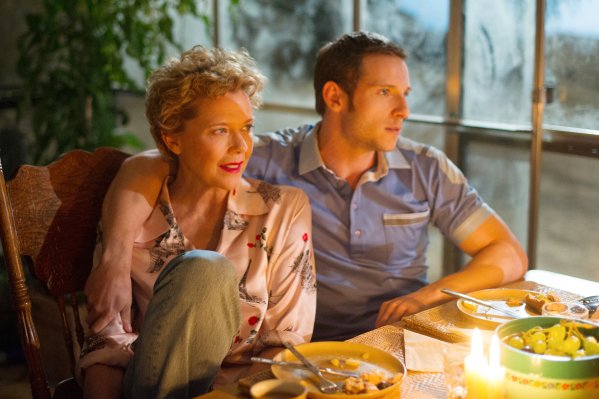 Annette Bening Serves Up Fire and Vulnerability in Film Stars Don't Die in Liverpool
Next Up: Editor's Pick