President Trump Tweeted Against His Own Bill. Now Congress May Delay the Vote

President Donald Trump’s morning penchant for firing off controversial messages on Twitter potentially derailed his administration’s policy Thursday, after he came out against a Foreign Intelligence Surveillance Act renewal his own Administration is pushing.

The tweet came just hours before the House was preparing a much-anticipated vote on a six-year extension of Section 702 of the FISA program, which allows U.S. intelligence agencies to monitor foreign communications.

U.S. intelligence officials insist the program is a vital source of intercepting warning signs of potential attacks and information on terror suspects. Critics of the program say it enables warrantless collection of U.S. citizens’ communications.

This morning, Fox News ran a segment on the renewal that included criticism of the law, leading some critics to blame the president’s reported habit of watching cable TV. Trump’s tweet also referenced his claim, since refuted by the Department of Justice, that the Obama Administration wiretapped his phone during the 2016 campaign.

“This is the act that may have been used, with the help of the discredited and phony Dossier, to so badly surveil and abuse the Trump Campaign by the previous administration and others?” Trump tweeted.

About 90 minutes after his initial tweet, Trump followed up with another one that seemingly reversed his opinion of the program, which is set to expire January 19.

“With that being said, I have personally directed the fix to the unmasking process since taking office and today’s vote is about foreign surveillance of foreign bad guys on foreign land. We need it! Get smart!” he said

Rep. Adam Schiff of California, the top Democrat on the House Intelligence Committee, seized on the two tweets by moving to postpone the vote “in light of the irresponsible and inherently contradictory messages coming out of the White House today.” NBC News reported that House Minority Leader Nancy Pelosi asked for a delay as well.

“I recommend we withdraw consideration of the bill today to give us more time to address privacy questions that have been raised, as well as to get a clear statement from the administration about their position on the bill,” Schiff said on the House floor. 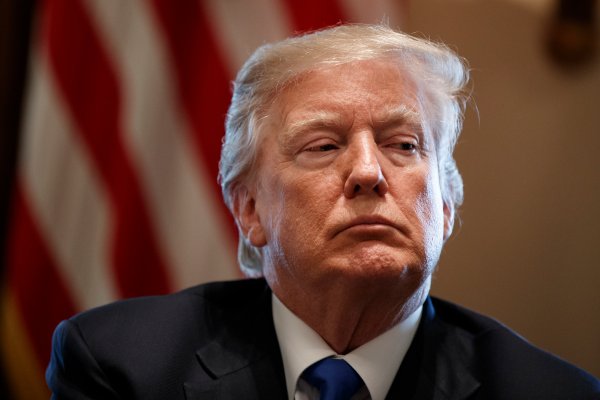 Read the Senate Testimony of Fusion GPS's Co-Founder About the Trump Dossier
Next Up: Editor's Pick