Ali Smith’s Winter Is Love in the Time of Brexit

Sometime in the past few years, the Cambridge, England– based novelist Ali Smith and the Norwegian Karl Ove Knausgaard had the same idea: to write a quartet of novels called Autumn, Winter, Spring and Summer. This month, Winter arrives in each series. But while Knausgaard engages in his signature blend of broad observations and navel-gazing, Smith glares—at times sympathetically, at times unforgivingly—at a wasteland of a world where Brexit is possible.

It is not necessary to read Smith’s Autumn before her Winter; while the two books share a philosophical style and a playfulness with words, they don’t concern the same cast. The characters here are the kind who find the winter holidays challenging, not comforting. Ashamed of his recent breakup, Art pays a young, foreign woman known as Lux to impersonate his girlfriend during a visit to his mother Sophia. They spend their Christmas together in Cornwall, where the majority of voters supported Brexit—despite the fact that the impoverished county has received more than $1.3 billion in E.U. aid since 1999.

Winter pays frequent homage to A Christmas Carol, and Sophia is visited by her own ghost: a vision of a child’s head that follows her. Other ghosts haunt distant landscapes: “Refugees in the sea. Children in ambulances. Blood- soaked men running to hospitals or away from burning hospitals carrying blood-covered children.” Like many news watchers, Sophia has become inured to images like these. In a social context of us vs. them, this book looks at the us and asks why we feel so little for them. “None of these things is happening here,” Sophia explains. “They are all happening far away, elsewhere.”

It’s a challenge to write a novel about a particular political moment—it threatens to become irrelevant. Smith has apparently tried to solve this problem in part by incorporating historical side plots that resonate with the present in both Autumn and Winter; here, it’s the Greenham Common Women’s Peace Camp, where activists began protesting the site of a cruise-missile base in the early 1980s. She spins a fine story, but it feels shoehorned in, and ultimately unnecessary.

Nevertheless, Winter is a stunning meditation on a complex, emotional moment in history. The outlook at the end is dark, but soon enough Spring will come, and then maybe the threatening icicles will thaw and the buds of hope will push through. Or perhaps the abundant foliage will simply cover up the scars made visible by the sparsity of bleak midwinter. 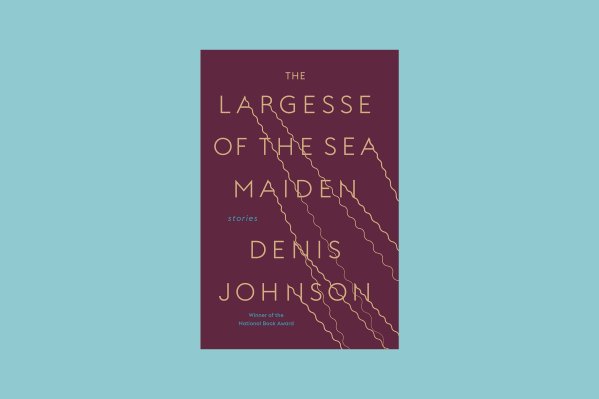 Denis Johnson’s Posthumous Collection Winks From Beyond the Grave
Next Up: Editor's Pick