Many of the rhesus macaque monkeys at a Florida state park carry a dangerous herpes virus that could potentially spread to humans through their excrement, according to a new study.

As a result, the Florida Fish and Wildlife Commission has said it plans to remove the monkeys, which are native to South and Central Asia, from the park.

Macaques were introduced to Florida’s Silver Springs State Park as a tourist attraction almost 100 years ago. But today, according to research published in the Centers for Disease Control and Prevention journal Emerging Infectious Diseases, as many as 30% of the primates roaming the park are shedding the herpes B virus through saliva and other bodily fluids, making them a public health threat.

While herpes B is relatively common — and asymptomatic — among macaques and other animals, it’s exceedingly rare — and severe — in humans. Only 50 people have contracted it since 1932, according to the CDC, and there are no documented transmissions from wild macaques. When the disease does occur, however, it can result in brain damage or death. Twenty-one of the 50 recorded cases were fatal.

As such, “this pathogen should be considered a low-incidence, high-consequence risk, and adequate public health measures should be taken,” the researchers write in the paper.

Florida wildlife officials responded to the study with vows to remove macaque monkeys from Silver Springs and other parts of the state. “The commission supports the removal of these monkeys from the environment to help reduce the threat they pose. This can be done in a variety of ways,” Florida Fish and Wildlife Conservation Commission spokeswoman Carli Segelson told the Associated Press.

Monkeys living in Silver Springs made headlines last year, when they chased and hissed at a family visiting the popular public park. 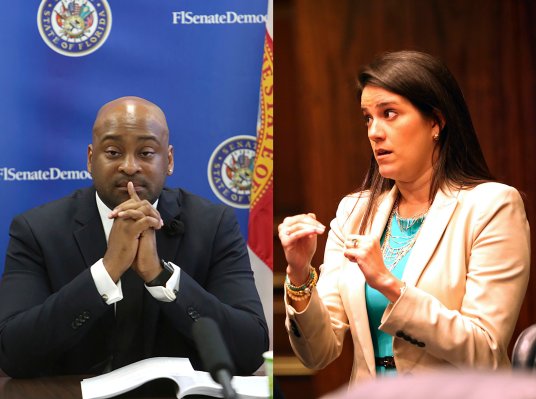 Republican and Democratic State Senators Admit Affair After They're Allegedly Caught on Video
Next Up: Editor's Pick