New Love and the Beauty of Emotional Baggage

We fret a lot about the emotional baggage we bring to relationships, as if the goal is to come to each new love empty-handed, our hearts wiped clean. But recently, when I read that the widows of two best-selling memoirists had fallen in love, I was reminded that leaving your bags behind isn’t really an option. And you shouldn’t want it to be.

The pair: Lucy Kalanithi, wife of Paul Kalanithi, a neurosurgeon whose 2016 memoir When Breath Becomes Air, about his terminal lung-cancer diagnosis, came out the year after his death. And John Duberstein, husband of Nina Riggs, whose book The Bright Hour came out in June, a few months after Riggs died of complications from metastatic breast cancer.

John and Lucy’s story, first reported by the Washington Post, could be another memoir: Lucy had written a blurb for Nina’s book, and they’d become friends. In her final days, Nina suggested that John contact Lucy for support after she was gone. He did, and the two grew close via email. Now they are planning a future together. It’s the kind of resolution we all crave in dark moments.

Both books are gorgeously written and so heartbreaking, they’re hard to take in one after the other, though they act as complements. That’s why Lucy and John are often on tour promoting the books together. When they read the words of the two people they loved so profoundly, their old lives seem woven into their new life, one love spilling into the next, families merging, past and present overlapping.

While that dynamic might seem fraught, it’s perhaps just a more intense version of what we all experience as we roll our emotional carry-ons along. You can look at your teenager and see some version of them at 25, an achingly distant adult whom you feel mad at for no reason. A minute later, you can feel the weight of their newborn body on your chest and remember the fear of them falling off the bed. All of it can exist almost simultaneously. The laws of time are so easily warped.

Lucy writes in the epilogue to her husband’s book how in his last hours, she lay with him in his hospital bed as his breathing slowed. Earlier in the day, in the same bed, their baby daughter Cady, conceived after the cancer invaded their lives, was tucked into the crook of his right arm. Only eight months before, Paul was the one who lay next to Lucy after Cady was born, not far away in the same hospital. Nearly two years before that, they were in another hospital bed, side by side, looking at scans that revealed the extent of Paul’s disease for the first time. They wept. Both doctors, they knew what the images foretold. In the moment Paul says he doesn’t want to die, and yet he was already thinking of a future for Lucy without him. “I told her she should remarry, that I couldn’t bear the thought of her being alone,” he wrote.

That love sustained the couple through a grueling time. Lucy writes that the “one trick to managing a terminal illness is to be deeply in love–to be vulnerable, kind, generous, grateful.”

Paul, knowing Cady wouldn’t remember him, writes a letter to her as wise and lovely as anything I’ve ever read: “When you come to one of the many moments in your life where you must give account of yourself, provide a ledger of what you have been, and done, and meant to the world, do not, I pray, discount that you filled a dying man’s days with a sated joy, a joy unknown to me in all my prior years, a joy that doesn’t hunger for more and more but rests, satisfied.”

Meanwhile, John’s children Freddy and Benny were old enough, 7 and 10 when their mother died, to miss her. Nina has left them a gift through her memoir, in which her feelings for them are drawn with such clarity and visceral love that one hopes they will read it and find their way back to those hours and days with her. At one point she describes her kids playing outside on Freddy’s 10th birthday. “Already, the boys are off to the wilds again–whooping and surviving. It will be getting dark soon–the sky has started with that eerie postapocalyptic light of a warm evening in winter–but I am not ready to call them back in.”

The ache of loss runs concurrently with gratitude in these books–thankfulness for the love we accumulate, plus the acute pain that spikes at the thought of leaving it behind. One emotion enables the other. It’s baggage we all carry. If we’re lucky. 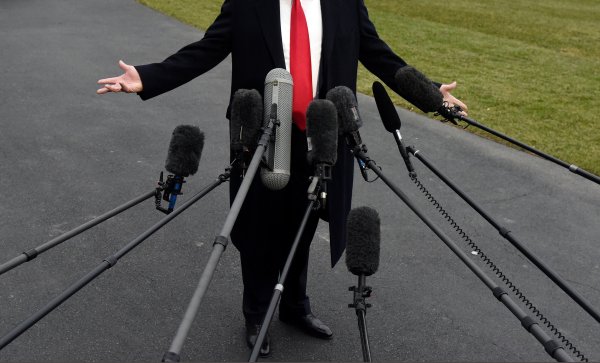 In Praise of Leaks
Next Up: Editor's Pick