Ethiopia Has Banned All Foreign Adoptions Amid Concerns Over Abuse

Ethiopia has banned international adoptions in an effort to safeguard children from potential abuse.

The East African country is one of the biggest sources for adoptions to the U.S., according to State Department figures. Adoptions from Ethiopia seem to have gained popularity over the years, with celebrities like Angelina Jolie and Mary-Louise Parker adopting from the country, the Associated Press reports. Since 1999, more than 15,000 Ethiopian children have been adopted in the U.S.

But in 2013, an American couple were jailed for the death of their adopted teenage daughter from Ethiopia. The couple were also found guilty of abusing their younger son, also from Ethiopia. The case sparked outcry and debate in the country, with authorities reducing foreign adoptions that year by 90%, Associated Press reports.

Ethiopian lawmakers argued that vulnerable children should be cared for by state services, and grow up in their homeland with their own culture and language. Others raised concerns that the state child care centers will become overburdened.

Rights groups have challenged the nation’s adoption program, saying that there was the possibility for exploitation and human trafficking. In 2016, Denmark banned adoptions from Ethiopia over the country’s adoption system and a lack of information on the origins of children. 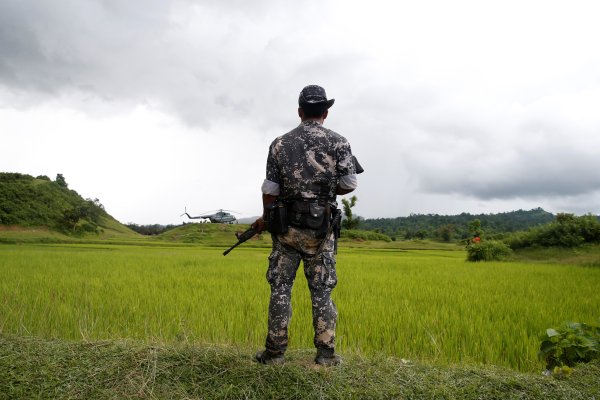 Myanmar Says Soldiers to Blame for Rohingya Mass Grave
Next Up: Editor's Pick