For years, major automotive players like Ford, Honda, and Toyota have flaunted their latest advancements in smart car technology at CES. But what may be one of the most ambitious concepts at this year’s conference is coming from a little-known startup called Byton, which is showcasing a concept vehicle that will be launching in China next year before moving to the U.S. and Europe in 2020. Pricing will start at $45,000.

The vehicle’s most striking feature is its gargantuan screen that stretches across the entire dashboard, which the company calls the Shared Experience Display. Byton, like many automotive and technology companies exhibiting this year, aims to add more personalization to the car in order to make commuting feel like less of a chore. Here’s a glimpse of what that screen might look like from the back seat.

Perched on a rotating pedestal at its booth on the showroom floor, Byton representatives proclaimed that the time spent inside the car shouldn’t be much different than time spent outside the car, which is what the company hopes to achieve with its concept. The car will include facial recognition so that it will be able to recognize the driver and load his or her settings as he or she enters the vehicle. In addition to facial recognition, the concept car also supports gesture detection and voice control based on Amazon’s Alexa virtual assistant. There are also cameras where the side view mirrors would usually be.

Read more: Your Future Smart Car Could Use AI to Help You Drive

Byton says the car’s interface, based on its own cloud platform, will focus on four key areas: health, communication, entertainment, and activities. By giving the car access to health statistics, Byton believes the vehicle will be able to proactively suggest when a driver should take a break. The company also wants passengers to be able to seamlessly pick up from where they left off when watching videos and movies in the vehicle, which has other screens situated closer to the backseat passengers as well. The company is hoping that this will make its car feel more like a digital lounge than a mode of transportation, a vision that’s seemingly shared across the industry.

Byton’s debut is yet another indicator that tech and automotive firms large and small will be racing to re-invent the car over the next several years or so. It’s also another sign that re-inventing the car doesn’t just mean adding autonomous driving technology and improved safety features. For several of the companies showcasing at CES, it means giving the car more intelligence when it comes to understanding the needs and preferences of its occupants. 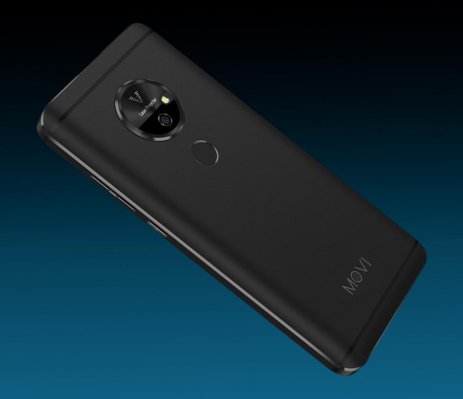 This Android Phone With a Built-In Projector Is Perfect For Movie Lovers
Next Up: Editor's Pick