The U.S. military’s top enlisted leader warned ISIS militants fighting in Iraq and Syria on social media they will be shot in the face or beaten to death with shovels if they do not surrender.

Army Command Sgt. Maj. John W. Troxell, senior enlisted adviser to Joint Chiefs chairman Joseph Dunford, spoke of the brutal violence Tuesday in posts on Twitter and Facebook that featured a photo of a faceless U.S. service member wielding a small shovel, known as an “entrenching tool” in the military.

“ISIS needs to understand that the Joint Force is on orders to annihilate them,” he posted. “So, they have two options should they decide to come up against the United States, our allies and partners: surrender or die!”

Troxell said ISIS militants who turn themselves in will be detained, fed,and given a cot.

“HOWEVER, if they choose not to surrender, then we will kill them with extreme prejudice, whether that be through security force assistance, by dropping bombs on them, shooting them in the face, or beating them to death with our entrenching tools.”

The U.S.-led military coalition has driven ISIS from the city centers and vast swathes of territory in Iraq and Syria under its so-called “caliphate.” The surviving militants now mainly operate in pocket of territory in eastern Syria along the Iraqi border, called the Middle Euphrates Valley.

Defense Secretary James Mattis told reporters at the Pentagon on Dec. 29 the remaining ISIS fighters, estimated to be around 3,000, “will have to be hunted down.” But he stopped short of the colorful language used by Troxell.

“We need to drive this down to the point where it can be handled by local authorities — police,” Mattis said. “But right now, it is still very much a military intelligence type of operation as the police try to set up local operations. Eventually, it will be rule of law and local security forces.” 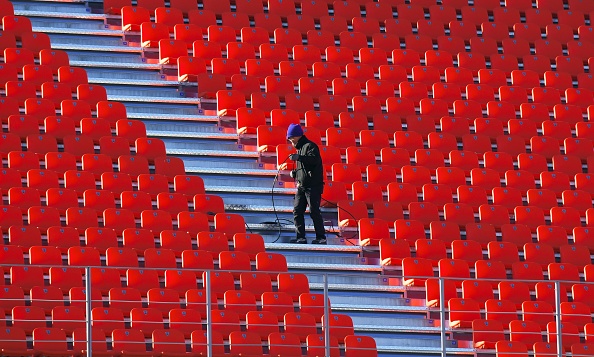 U.S. Cancels War Drills Off Korea During the Olympics
Next Up: Editor's Pick