The 5 Things to Know About the Thaw in Korean Relations

Kwon Hyok Bong, director general of the art-performance management bureau at North Korea's culture ministry, and Lee Woo-sung, a senior official at South Korea's Ministry of Culture, Sports and Tourism, shake hands during a meeting at the Tongil Gak building in the village of Panmunjom in the Demilitarized Zone in North Korea, on Jan. 15, 2018.
KPPA/Pool/Bloomberg/Getty Images
By Ian Bremmer

Donald Trump was quick to take credit on Twitter for last week’s diplomatic breakthrough between the Koreas—and he’s not entirely wrong. These five facts explain why relations on the Korean peninsula have improved over the short term, but why the long-term prospects should continue to worry us all:

While Trump and Kim Jong-un get plenty of attention as is, not enough attention has been paid to the one calling the shots in South Korea. That would be President Moon Jae-In, who was sworn in this past May following an election triggered by his predecessor’s impeachment over corruption allegations. Before assuming the presidency, the politically progressive Moon was a human rights lawyer and a special forces soldier, and rose to power as a “clean” politician untouched by the endemic corruption that has long roiled South Korean politics.

Being perceived as such has given Moon the political capital to pursue constructive engagement with Pyongyang rather than trying to isolate it. Moon’s strategy harkens back to the “sunshine” policy, which emerged in the late 1990s in South Korea but was largely shelved by the last two conservative governments, whose presidents fell in line with Washington’s hardline approach to Pyongyang. For years Seoul rejected talks despite the vast majority of South Koreans believing that dialogue with North Korea should be restored to reduce tensions and secure a lasting peace.

The U.S. isn’t the power it once was, and South Korea knows it. Yes, the U.S. is as strong militarily as it has ever been, continuing to outspend its next closest competitor (China) nearly 3-to-1 on military expenditures. But the confidence that the word of the U.S. is as good as its bond is in decline. Truth be told, this faltering faith began under George W. Bush and Barack Obama, but really took root with the arrival of Trump and his ever-shifting “America First” approach to geopolitics. Trump’s belligerent and reactive tweeting has only intensified things, pushing North Korea to accelerate weapons testing.

If Seoul doesn’t want to be left to the whim of an “America First” foreign policy that’s barely been defined but whose costs will be disproportionately borne by South Korea, it has few options aside from engaging with Pyongyang. Which is exactly what it did this week.

3. China is feeling the pressure

But while “America First” has pushed South Korea to the negotiating table for lots of the wrong reasons, it’s also pushed the North Koreans to the table for all the right ones. And the White House did so by successfully tying the U.S.’s diplomatic and economic relations with China—Pyongyang’s benefactor—to the issue of North Korean denuclearization. It’s a significant break from administrations past, which tended to keep U.S.-China and U.S.-North Korean relations on separate tracks lest the messiness of one infect the other. Trump has no such misgivings, for worse and for better.

For the time being though, it’s paying dividends. The U.S. has successfully gotten China to ratchet up sanctions against North Korea, something Beijing had been previously loath to do for fear of collapsing the entire North Korean regime—after all, China accounts for 90 percent of North Korea’s total trade and most of its food and energy. But China no longer has the luxury of doing nothing as it guns for a global leadership role and Trump continuously nips at its heels. China has supported tougher overall sanctions against North Korea at the UN security council, and has significantly reduced energy supplies to Pyongyang. North Korea got the message.

4. It’s all about the Olympics

People may scoff at the idea that something as ostensibly trivial as a sports event is important enough to alter the course of geopolitics, but they shouldn’t. Moon desperately needs the upcoming Winter Games in Pyeongchang to come off without a hitch, both for his country and for his political credibility. Meanwhile, Kim wants to show the world how great North Korea (and himself, by extension) really is, which is quite hard to do when your country is so isolated that its nickname is the “Hermit Kingdom.” The Olympics provide a ready-made global stage to do just that.

The Olympics also provide Kim leverage, if he needs it. South Korea has a history of “pay-for-play” diplomacy, having helped direct $500 million towards North Korea just to attend a bilateral summit back in 2000. North Korea in 2018 may well figure that Seoul will be willing to strike even more concessions to prevent one of the world’s preeminent events from descending into chaos. How much still remains to be seen.

At the very least, January’s developments have bought some time. But it’s unlikely they’ve bought much else. The U.S., along with Japan, remains committed to keeping sanctions against North Korea in place so long as its nuclear program remains active, severely limiting Moon’s ability to offer Kim much in the way of economic relief. Even if Moon had more leeway with sanctions, the failure of past sunshine policies towards North Korea would make him wary of giving Kim what he wants while alienating the U.S.—especially a U.S. that at some point will have someone other than Trump at the helm.

Talking with North Korea is also costing Moon significant political capital. That’s fine for the moment, but there’s no guarantee that Moon’s popularity will withstand rival South Korean politicians’ accusations that he’s being taken advantage of by Kim. But at the end of the day, the largest sticking point remains that Kim sees a deliverable nuclear weapon as his only guarantee against regime change, and a nuclear North Korea remains an existential threat to both South Korea and the U.S. It’s a gap in interests no amount of sunshine will be able to bridge. But at least the Olympics should be fun. 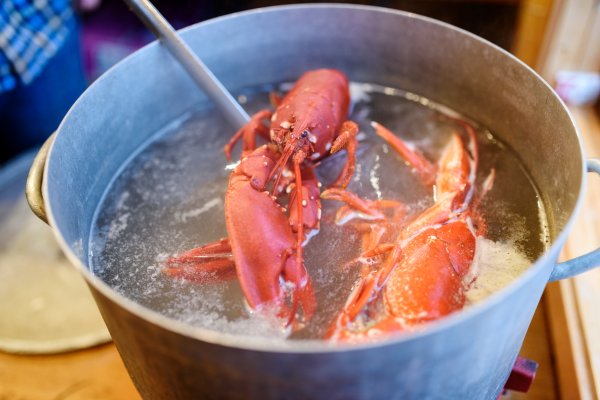 This Country Is Making It Illegal to Boil Live Lobsters
Next Up: Editor's Pick