When Japanese astronaut Norishige Kanai returned to Earth from a stint on the International Space Station (ISS), he claimed he had grown 9 cm (3.5 inches) during his time in orbit. Turns out, the only thing that may have grown was his nose and the space-based tall tale teller is now apologizing for spreading so-called fake news.

It all started when Kanai tweeted that during his time aboard the ISS, he had grown: “We had our bodies measured after reaching space, and wow, wow, wow, I had actually grown by as much as 9 centimetres (3.5 inches)!”

“I have grown like a plant in just three weeks,” he said, adding that he was “a bit worried” about fitting in his seat on the Soyuz spacecraft for his journey back to Earth. The news prompted an outpouring of responses on social media, mostly from those with short stature anxious to add a few inches of their own, and eventually made headlines on news sites, including the BBC.

Astronauts’ spines can temporarily extend in the zero-gravity environment of space, making them slightly taller until they return to terra firma, but Kanai’s growth spurt seemed unusual. A colleague reportedly suggested he re-measure himself. Turns out he had only grown two centimeters (less than one inch).

As Reuters reports, Kanai returned to Twitter a shorter man, full of apologies for spreading what he described as “fake news”. Kanai tweeted, “This mis-measurement appears to have become a big deal, so I must apologize for this terrible fake news.” 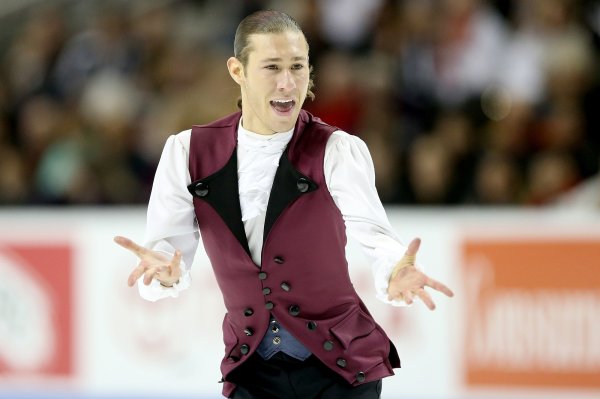 This Team USA Figure Skater Nailed a Rousing Routine to Hamilton
Next Up: Editor's Pick