Amazon’s Alexa software has already made its way into just about every Internet-connected device you can imagine, like smartwatches, lamps, and refrigerators, to name just a few. Next, Amazon’s voice-enabled digital assistant could live in your glasses.

At CES 2018, wearable display company Vuzix unveiled its latest pair of augmented reality glasses, the Vuzix Blade, which can communicate with Amazon’s Alexa assistant. The glasses are set to launch in the second quarter of 2018 for $1,000.

Vuzix’s Blade AR glasses feel like an improved version of Google Glass with better picture quality. The Android-based headset work fine on its own, as it’s a fully functional computer, but it must be tethered via Bluetooth to your smartphone or connected to a Wi-Fi network to access certain features, like email and text notifications. There’s also an 8-megapixel camera for snapping photos. Vuzix says the glasses will be compatible with prescription lenses.

As with Google Glass, Vuzix Blade wearers can navigate the glasses’ interface by swiping and tapping on a touchpad along the side of the eyewear. The display feels a bit larger and is situated more prominently in the user’s field of view than with Google Glass, although wearers can adjust the display to move it higher or lower based on what feels comfortable.

The most impressive aspect of the Blade glasses, however, isn’t the Alexa compatibility at all— it’s how bold and crisp the display looks. During my demo, I cycled through high resolution photos of flowers and other colorful scenery, which to my surprise looked almost as vibrant as viewing them on a smartphone screen. It felt much more vivid than Google Glass’ smaller and more subtle display. They also more closely resemble normal glasses, although Vuzix’s eyewear is still noticeably thicker than standard prescription glasses.

Adding a voice-activated assistant to a gadget like the Blade glasses makes perfect sense. Voice control is practically a necessity for Internet-connected eyewear, as we’ve seen with devices like Google Glass and Microsoft’s HoloLens. But bringing Alexa to smart glasses could be an even bigger deal, as developers experiment with blending augmented reality with the AI assistant’s functionality. Vuzix envisions a future in which a user could walk down the street wearing its glasses, glance over at a sign for an upcoming concert, and then ask Alexa to purchase a ticket for that event. That’s not yet possible with Vuzix’s glasses, but similar functionality is already appearing on smartphones thanks to features like Google Lens and Samsung Bixby. Apple and Facebook are both encouraging app creators to develop augmented reality concepts, too.

During my experience wearing the Blade AR glasses, I was able to get a basic sense of how Alexa would handle a few simple commands. Asking for the weather, for example, pulled up a tiny widget showing the temperature in the upper right corner of my field of view. Alexa was also able to put directions to the airport in my line of sight — arguably the most practical use case for augmented reality glasses right now. But while Alexa functioned properly on a few occasions, I often had trouble getting it to work because of all of the noise and signal interferences on the crowded CES showroom floor. But the Glasses worked well in other applications, like a game in which I had to destroy incoming boulders by looking at them.

For the Blade AR glasses to be a hit, Vuzix will have to ensure there are enough compelling uses that people will actually want to buy them — or else they might face the same fate as Google Glass, which never caught on with anyone beyond early adopters and commercial users. That the glasses look like normal eyewear is a good start — if Glass proved anything, it’s that most people don’t want to look like a cybernetics-enhanced android. It will be up to the software, then, to give people a good reason to give these glasses a look. 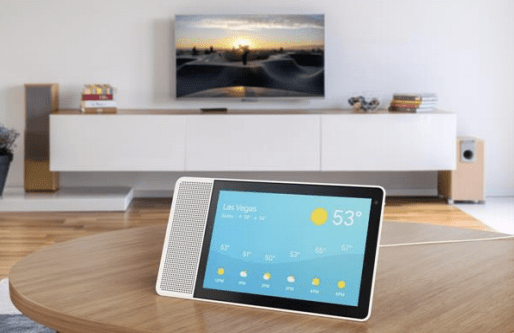 Google Is On a Mission to Upstage Amazon at This Year's CES
Next Up: Editor's Pick