Denis Johnson’s Posthumous Collection Winks From Beyond the Grave

The narrators of Denis Johnson’s posthumous short story collection The Largesse of the Sea Maiden have been spared. But as they commune with the dying or survive shootings or use dirty needles, they’re left to wonder why they’re still kicking.

An ad man can’t tell which wronged ex-wife is calling to say she’s terminally ill: “I suddenly didn’t know which set of crimes I was regretting.” An ailing author has been conversing with visions of late relatives; when a visitor asks him if the ghosts know they’re supposed to be dead, he responds, “How would that fit into any reasonable or polite conversation?” In another story, an alcoholic recounts how often doctors have told him he shouldn’t be alive.

Johnson, who died in May of liver cancer, was a guiding light for his readers through his empathic and sometimes delirious depictions of beaten-down seekers, including his National Book Award–winning novel Tree of Smoke and his only other story collection, Jesus’ Son. Johnson finished Largesse not long before his death, and left a note with the final manuscript instructing his publisher to “Let all of it stand as is.” Some lines wink from the beyond. The ailing author in the book is 67, Johnson’s age at his own death. And an infant whose grave is exhumed decades later is described as “a 67-year-old baby.”

At times, Largesse can feel like retreading a pilgrimage to familiar lessons: God is funny and cruel and maybe a bit distracted; we can hold the same beliefs yet end up in different places. But it is a vital addition to Johnson’s oeuvre. By making the characters (somewhat) more upstanding here, Johnson collapses the distance readers can put between themselves and the wrongdoing. We too must wonder why these people and not their victims are still around to tell their tales. Johnson told aspiring authors to write as if ink were blood, because it is precious. So are farewells like this. 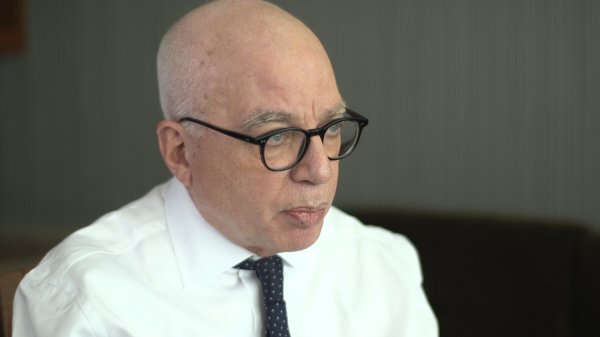 Author Michael Wolff on Trump's Reaction to 'Fire and Fury'
Next Up: Editor's Pick