'Go Through a Different Door.' Why Serena Williams Doesn't Want Her Daughter to Follow Her Career Path

Serena Williams‘ baby daughter Alexis Olympia Ohanian, Jr. may have already “won” her first grand slam because her mother was eight weeks pregnant with her when she won the 2017 Australian Open, but don’t expect Williams to be pushing her to become a tennis star.

In an interview with Vogue, where Williams and Olympia appear on the February cover together and Williams reveals the health scare she had after having an emergency C-section, she talks about how she has no intentions of grooming her daughter to follow in her very prestigious footsteps on the tennis court.

“I would hate her to have to deal with comparisons or expectations,” Williams said. “It’s so much work, and I’ve given up so much. I don’t regret it, but it’s like Sliding Doors: Go through a different door and lead a different life. I’d like her to have a normal life. I didn’t have that.”

Williams also shared that she felt extremely blessed that she had a daughter, however, because it gives her the opportunity to teach her to dream big, especially as a woman.

“I think sometimes women limit themselves,” she said. “I’m not sure why we think that way, but I know that we’re sometimes taught to not dream as big as men, not to believe we can be a president or a CEO, when in the same household, a male child is told he can be anything he wants. I’m so glad I had a daughter. I want to teach her that there are no limits.” 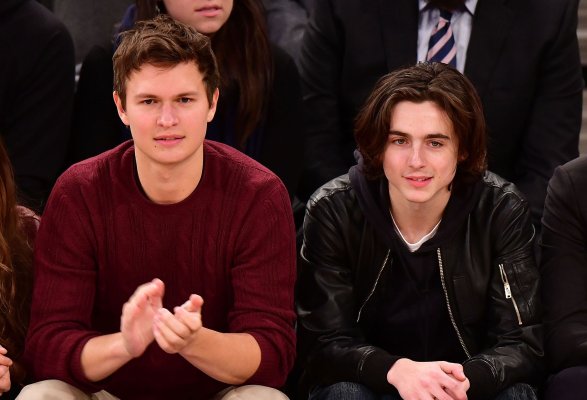 Former Classmates Ansel Elgort and Timothée Chalamet Can't Agree on Who Was Cooler in High School
Next Up: Editor's Pick