After a video of Trump singing the national anthem at Monday night’s College Football Championship made the online rounds, Seth Meyers slammed the President for appearing to not know all the words momentarily.

During the “A Closer Look” segment of Tuesday’s episode of Late Night, the host put Trump on blast for the odd moment following a year of feuding with the National Football League over demonstrations by players and team officials during the song.

“You would think that a man who ran on a platform of pure patriotism and who spent months lecturing athletes about respecting the national anthem would at the very least know the words to the anthem,” Meyers said. “And yet Trump seemed lost as he tried to sing along to the anthem before [Monday] night’s National College Football Championship.” 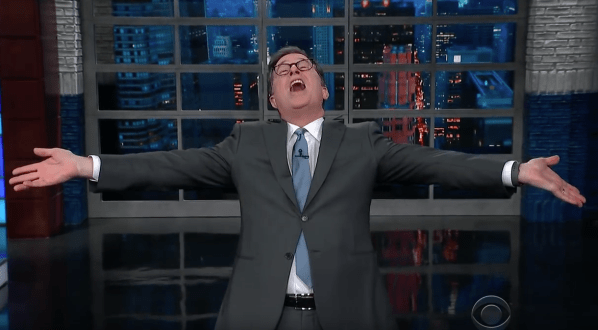 Here's How the Late-Night World Thinks Oprah Would Stack Up Against Trump
Next Up: Editor's Pick