A Democratic state senator and a Republican state senator in Florida have admitted to having an affair after a published video purportedly showed one leaving the other’s apartment while they were in the capital for a legislative session.

In a joint statement Tuesday, the bipartisan legislators — Republican Anitere Flores, of Southwest Miami-Dade, and Democrat Oscar Braynon II, of Miami Gardens — confirmed their relationship and apologized to their families and constituents. Both are reportedly married with children.

“We do not want gossip and rumors to distract from the important business of the people,” the statement said, according to multiple local media outlets. “That’s why we are issuing this brief statement to acknowledge that our longtime friendship evolved to a level that we deeply regret.”

The confession comes after an anonymous website on Tuesday claimed to have published videos purportedly showing Flores leaving Braynon’s apartment near the State Capitol in Tallahassee. The footage appears to have been recorded from a hidden peephole camera from a nearby apartment. The faces of the subjects are not featured clearly. 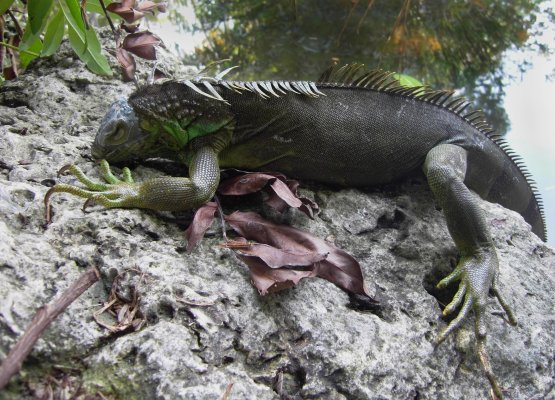 Here's What to Do If Frozen Iguanas Start Falling From Your Trees
Next Up: Editor's Pick