Google is celebrating South African author and activist Alan Paton with a new Google Doodle on Wednesday, marking what would have been Paton’s 115th birthday.

Born in Natal (now KwaZulu-Natal), South Africa, Paton became a prominent figure both in the literary and political world through his writings and public addresses that spoke out against apartheid, the South African system of racial discrimination, during the mid to late 1900s.

After graduating from the University of Natal and becoming a teacher, Paton became head of Diepkoof, a prison for young black youths, where he introduced reforms that included open dormitories and home visitations.

It was while studying prison reform in Europe that Paton was inspired to write his famed book, “Cry, the Beloved Country,” which tells the story of a minister who struggles to come to terms with the murder of his son amid racial tensions.

Google’s Doodle depicts Paton on a train ride – the moment he is believed to have been inspired to write the book.

Paton went on to write a variety of works after “Cry, the Beloved Country” that shed light on the racial injustices of apartheid. He also helped to create the Liberal Party of South Africa in 1953.

The party fought for universal voting rights and an opposition of violence through 1958, when it was disbanded by a law that made interracial parties illegal.

Besides his books, Paton also wrote numerous essays on race and politics in South Africa that helped spark attention from around the world on the issue of apartheid. 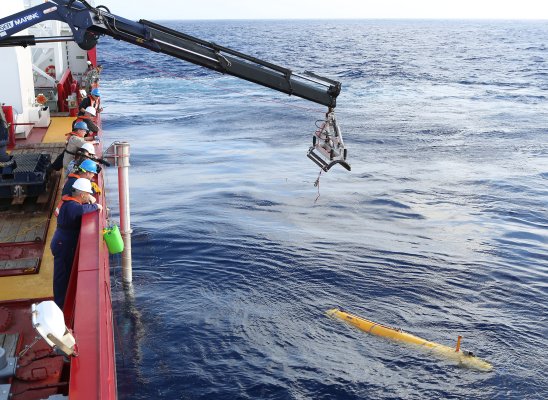 This Company Could Make $70 Million if It Finds the Long-Lost Wreckage of Flight 370
Next Up: Editor's Pick