In this handout image provided by Commonwealth of Australia, Department of Defence, Phoenix Autonomous Underwater Vehicle (AUV) Bluefin-21 is craned over the side of Australian Defence Vessel Ocean Shield in the search for missing Malaysia Airlines flight MH 370 on April 14, 2014.
Handout—Getty Images
By Aric Jenkins

The Malaysian government is moving once again to uncover the remains of a long-lost passenger jet that carried nearly 250 people, this time with the help of an American ocean exploration company.

Ocean Infinity, based in Houston, has been commissioned by the Southeast Asian country to locate Malaysia Airlines Flight 370, which mysteriously disappeared over the Indian Ocean nearly four years ago. If the wreckage is found, the company stands to earn at least $20 million, and potentially up to $70 million, depending on the scale of the search, according to the New York Times. If unsuccessful, Ocean Infinity will receive nothing, as part of the agreement.

The effort was announced Wednesday by Malaysia’s transportation minister, though Ocean Infinity’s search vessel, The Seabed Constructor, left the shores of South Africa a week ago to get in position for the search, the Times reports. Ocean Infinity’s ship is equipped with eight unmanned submarines that scan the ocean floor at depths of nearly 20,000 feet.

The disappearance of Flight 370, a Boeing 777 that had 239 people abroad when it vanished in March 2014, is one of aviation’s greatest mysteries. The governments of Malaysia, China and Australia spent roughly $157 million over the course of a nearly three year search with little success outside of washed up debris believed to have come from the aircraft. The majority of the plane’s passengers were Chinese citizens, though 50 — including the flight’s 12 crew members — were Malaysian. Six were Australian.

In issuing its final report on the initial search, the Australian Transport Safety Bureau in October said it was “almost inconceivable” and “societally unacceptable in the modern aviation era” for a large passenger plane to disappear without the world learning of its fate.

Ocean Infinity is confident it can locate the Flight 370’s debris field or two data recorders on board using high resolution geophysical seabed data and its submarines, referred to as autonomous underwater vehicles.

Malaysia, whose military initially tracked the plane’s movements on radar but did not scramble jets to intercept it, said finding the airliner remained a priority.

“I would like to reiterate our unwavering commitment towards solving the mystery” the country’s transportation minster said in prepared remarks, according to the Times. 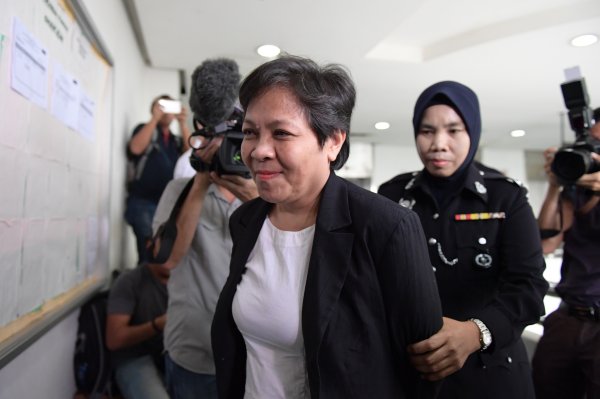