'Suicide is Not a Joke.' YouTube Responds to Controversial Logan Paul Video

If you or someone you know is contemplating suicide, call the National Suicide Prevention Lifeline at 800-273-8255. Find more information about suicide here.

In the wake of the backlash surrounding YouTube personality Logan Paul, the video platform is finally responding to the controversy and what it is doing to “ensure a video like this is never circulated again.”

“Like many others, we were upset by the video that was shared last week,” a statement posted Tuesday on Twitter said of the vlog released in late December (and since deleted) in which Paul showed an apparent suicide victim found while he and friends were on a guided tour of Japan’s Aokigahara forest, a space at Mount Fuji’s base often referred to as “suicide forest.”

“Suicide is not a joke, nor should it ever be a driving force for views,” the statement continued. “We expect more of the creators who build their community on YouTube, as we’re sure you do too. The channel violated our community guidelines, we acted accordingly, and we are looking at further consequences.”

See the full statement in a string of tweets below.

On Jan. 1, Paul released an initial statement apologizing for the video while defending its creation as a way to “raise awareness for suicide and suicide prevention,” a comment that was quickly bashed on social media.

That prompted another apology from Paul the following day, this time on video. “I have made a severe and continuous lapse in my judgment, and I don’t expect to be forgiven. I’m simply here to apologize,” a teary-eyed Paul said.

The next day, Jan. 3, Paul tweeted that he was “taking time to reflect” and would not be making any new vlogs “for now.”

Many pushed YouTube to take action, waiting for a response to the controversy. The Google-owned site also addressed the lengthy lag time in making a statement. “It’s taken us a long time to respond, but we’ve been listening to everything you’ve been saying,” YouTube said. “We know that the actions of one creator can affect the entire community, so we’ll have more to share soon on steps we’re taking to ensure a video like this is never circulated again.” 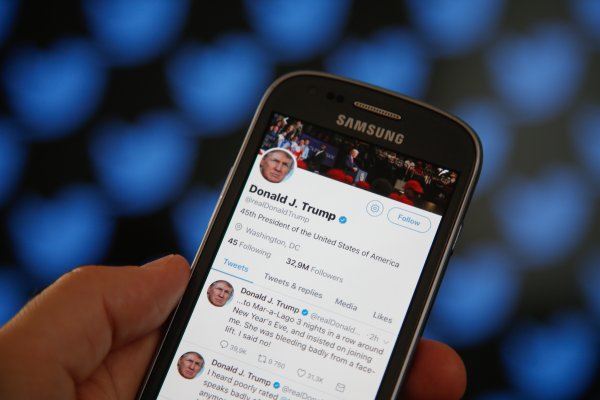 Why Twitter Won't Be Blocking Donald Trump's Tweets Any Time Soon
Next Up: Editor's Pick