The Olympic Flag is presented in the Olympic Stadium during the Opening Ceremony of the XXIV Summer Olympic Games on Sep. 17, 1988, at the Seoul Olympic Stadium in Seoul, South Korea.
Gray Mortimore—Getty Images
By Olivia B. Waxman

Though the 2018 Winter Olympics in PyeongChang will be South Korea’s first time hosting the Winter Olympic Games, the nation has some experience in the world of international athletics, having hosted the 1988 Summer Games in Seoul.

South Korea also has some experience with the way the Olympics can become a political minefield.

Despite the current Cold War-esque feelings between North Korea and South Korea over nuclear arms, a look back at the Games that took place 30 years ago shows that drama between North Korea and South Korea over the Olympics is nothing new. In fact, today it would look as if relations are improving: North Korea will participate in the Winter Olympic Games for the first time in eight years, sending a delegation that includes a leader of the country’s Parliament, an orchestra and a cheer squad. Though the niceties are not expected to last beyond the roughly two-week period of the games, they’re more than the nations could boast in the 1980s.

Here’s a look back at South Korea’s Olympics history with North Korea:

After Seoul first won its bid to host the 1988 Olympics, North Korea began to campaign — unsuccessfully — to co-host them. The dispute turned tragic a few years later.

On Nov. 29, 1987, Korean Air Flight 858 from Baghdad to Seoul disappeared off the Burmese Coast, along with its 115 passengers. The wreckage would later be discovered in the Andaman Sea. In an emotional TV interview, Kim Hyon Hui, 26, admitted to being a North Korean agent and described how she had placed a bomb, disguised as a radio, on the jetliner and set its timer to go off after she and her partner in crime, Kim Sung Il, 69, got off the plane in Abu Dhabi. After swallowing cyanide capsules following their arrest, Sung Il died, but Hui survived.

“I was told by a senior officer that before the Seoul Olympics we would take down a South Korean airliner,” she told the BBC in a 2013 interview. “He said it would create chaos and confusion in South Korea. The mission would strike a severe blow for the revolution.”

Shortly after the tragedy, South Korean President Chun Doo Hwan charged that the North was intensifying ”provocative moves to obstruct the upcoming presidential election and the Olympics,” and in January 1988, the country formally charged the North with blowing up the plane. North Korea’s government denied the whole thing while attempting, without success, to get allies such as the Soviet Union and China to boycott the Games. So it tried to one-up South Korea by hosting its own version of the Olympics, pouring $4 billion into the 1989 World Festival of Youth and Students. The venue, the May Day Stadium, was built to host 150,000 visitors, twice as many attendees as the one that Seoul built for the 1988 Summer Olympics, and the North Korean stadium is now used to host the annual Mass Games.

At the same time, the 1988 Olympics were seen by many as a sign that tense Cold War relations were thawing. The U.S. and the Soviet competed against one another at a Summer Olympics for the first time since 1976, and the Games helped the host country open up “diplomatic trade and cultural relations” with nations it had been previously cut off from during the Cold War, says James F. Larson, co-author of Global Television And The Politics Of The Seoul Olympics.

As TIME reported back then, the Olympics were an opportunity for South Koreans “to throw themselves an elaborate coming-out party,” and let the world “admire the economic miracle that had risen from the rubble of war.” Here’s more on that:

Every Olympics is a moment for the host country to strut its stuff and show off its contributions to the global economy, and that theme continues to this day. Larson suggests that the PyeongChang Olympics will be a particular opportunity for South Korea to showcase its work in cutting-edge mobile technology.

Of course, South Korea’s ascent wasn’t the only inspirational story of 1988. There were plenty inside the arenas.

American Jackie Joyner-Kersee set a world record for heptathlon that still hasn’t been beat. In one of the springboard preliminary rounds, American diver Greg Louganis hit his head on the diving board while doing a somersault. Just minutes after getting temporary stitches, he was back at the diving board, and ended up winning gold in that event. At the Games, he would become the first male diver to win double gold medals in consecutive Olympic Games. Florence “Flo-Jo” Griffith-Joyner was the world’s fastest woman after winning the three Track and Field gold medal in the 100 meters, 200 meters and 4×100 meters relay competitions.

The world’s fastest man, however, did not fare as well. Canadian Ben Johnson’s gold medal for the 100m was taken away from him after he tested positive for steroid use, setting off what TIME called “the Olympics’ worst drug scandal.” Johnson’s medal was given to Carl Lewis, who “became the first man in Olympic history to win the long jump twice,” TIME reported.

Similarly, many thought it was too good to be true that South Korea’s Park Si-hun could defeat American Roy Jones to win the gold in boxing, and in fact, two judges were accused of accepting bribes and were prohibited from presiding over future Olympics tournaments. A month after the Summer Games, TIME reported that there were nine other drug-related disqualifications.

But there was one equally dramatic example of sportsmanship too—or ekecheiria, as the ancient Olympians would call it. Canada’s Lawrence Lemieux sacrificed his chance at winning a silver medal to save two sailors on Singapore’s team whose boat had capsized amidst heavy winds. For his heroism, he was awarded a medal that’s even harder to get, the Pierre de Coubertin medal, which has only been awarded 17 times since it was introduced in 1964. “By your sportsmanship, self-sacrifice and courage,” Juan Antonio Samaranch, the president of the International Olympic Committee (IOC), told him at the time, “you embody all that is right with the Olympic ideal.” 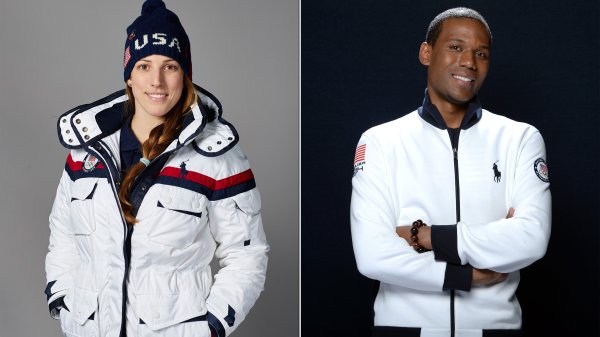 Olympic Speedskater Shani Davis Is Furious Over How the U.S. Decided Who Would Carry the Flag
Next Up: Editor's Pick