North Korea’s figure skating duo Ryom Tae-ok and Kim Ju-sik trained for months and months without knowing whether they would even be allowed to compete in the 2018 Winter Olympics in Pyeongchang. They did what they needed to do, qualifying last September for one of the five slots available for their event. They traveled to Montreal, Canada for several months last summer to train with another coach so they could improve their speed and pairs skills, hoping it would boost their scores and break them into the top tier of teams vying for Olympic medals.

But they also knew that in their case, hard work alone wouldn’t be enough. Whether any North Korean figure skaters would compete in Pyeongchang would depend on their President, Kim Jong Un. North Korea boycotted the last Olympics held in South Korea, Seoul’s 1988 games. And North Korea missed the October deadline set by the International Olympic Committee (IOC) for registering its team for the 2018 Games.

Figure skaters Ryom and Kim would certainly welcome that possibility. The pair finished 15th at last year’s world championships out of 16 teams, but moved to Montreal for a few months to train with Bruno Marcotte after that event in an effort to improve their standings. Marcotte, who coaches one of Canada’s leading pairs teams, told Global News that he put the pair up in a former student’s condo and helped with all the travel arrangements, since the North Korean figure skaters did not own a credit card or driver’s licenses.

Ryom and Kim’s short program is set to music by the Beatles, and their long program was choreographed by Marcotte’s sister, Julie, to a popular song by a Quebec singer — giving the pair a very western flair for their Olympic debut.

Ryom and Kim traveled to Canada with their coach and an official from the North Korean skating federation, Marcotte said, and seemed very relaxed and eager to integrate themselves into life in Montreal, going shopping and taking part in patriotic Canadian celebrations. There was no mistaking, however, that they were very focused on becoming an elite team that could soon contend for a North Korea figure skating medal at the world championships and the Winter Olympics in 2018.

Getting there is the first step. 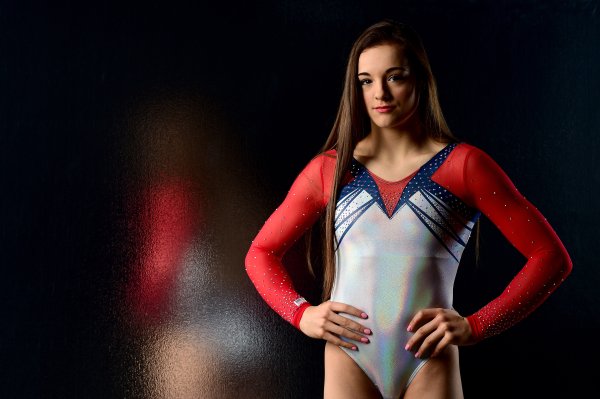 Another Gymnast Says She Was Abused by Larry Nassar
Next Up: Editor's Pick