The Bachelor Recap: Who Says a Demolition Derby Isn’t Romantic?

Welcome back to The Bachelor, where Arie Luyendyk’s journey to find true love washed him up from The Bachelorette and into this sea of Laurens, Beccas, and ombré blondes. Last week, he winnowed down his herd of potential mates to a nimble 20 or so beautiful, smart, ambitious women who all decided public dating was the right choice for them.

To kick off The Bachelor’s 22nd season, Arie invites Becca K., a brunette publicist from Minnesota, to “hold on tight.” After the date card is read, the women all squee in unison which only gets louder as Arie rolls up on a motorcycle, tousles his hair, and greets his squad with a sly smile and a “’Sup?” The women all die and that’s the end of Season 22 of The Bachelor. Becca jumps on the back of Arie’s motorcycle before the women can surround them and Arie whisks her away. They arrive at a mansion where Rachel Zoe, fashion stylist to the stars, is loitering. She dresses Becca, who puts on a fashion show for Arie who says she can keep it all. He then gets down on one knee and presents her with a pair of Louboutins, which he slips on her feet. As they sip champagne and stare into each other’s eyes, a man in a tuxedo strolls in off the beach, and instead of trying to sell them a hat he made out of recycled plastic bags like most beach vendors, he presents them with a suitcase filled with diamond jewelry “compliments of Neil Lane” like he’s trying out for a Reservoir Dogs reboot. After the fairy tale, the producers dump Becca K. into the shark tank a.k.a. a mansion full of hangry women who spot the Louboutins and bling and Rachel Zoe approved dresses and start seeing red. Later, Becca and Arie sit down for dinner and she tells Arie about the death of her father due to brain cancer, and he presents her with a rose to comfort her.

Breaking with tradition, Arie immediately opts for a second one-on-one date, this time with a woman named Krystal, a friendly blonde fitness coach most marked for her biceps and a tendency to upspeak. He puts her on a private jet and flies her to his home in Scottsdale, where he gives her the tour of his kitchen and shows her his family photos and home movies. Krystal pretends this is as good as a Louboutin and diamond shopping spree. He then brings her home to meet his folks and she probably wishes she had worn jeans without holes in them. Arie talks about how the last time he brought a girl home it was Emily Maynard, another friendly blonde with good arm definition. Later, Krystal and Arie take some alone time, and she gets vulnerable, talking about her family and her homeless brother. Arie rewards her vulnerability by giving her a rose, followed by one of those awkward concerts where some up-and-coming artist performs for an audience of two who are too busy making out with each other to listen to the music.

Arie invites 15 girls to destroy each other, which is like a typical day on The Bachelor except that for once they won’t be destroying each other emotionally, but in a demolition derby. While most of the girls whoop and laugh and start spray painting their cars with girl gang symbols, one sad girl (Annaliese, maybe?) sits in the corner crying her eyes out over a traumatic childhood incident involving bumper cars. The other women try to be supportive but can’t stop laughing.

When the demolition derby starts, the women set out to demolish each other and the cars they rode in on, while the bravest women take aim at Arie. At the end of the day, only Seinne’s car was still running, which means she either won or is now the designated driver.

Chelsea ticks everyone off by grabbing Arie before the champagne is even poured, but she has important things to discuss. Namely, that she has another man in her life — her son. Yep, she’s a single mother and Arie is a-okay with that, because all his ex-girlfriends have children, which is not weird. Then he makes out with all the girls — except Bibiana, because she had to wait to get alone time with Arie and then she wouldn’t wait anymore. She stomps into a bathroom and won’t come out. When it comes to doling out the Date Rose, Arie appreciates Chelsea’s vulnerability, but appreciated Seinne’s feisty, Yale-educated, demolition derby winning more.

As soon as everyone has a cocktail in hand, Arie sets about methodically making out with every single one of them, except for Brittany who instead receives the award for “Most Hardcore” for sustaining a head injury at the derby. Krystal makes the decision that even though she has a rose, she still wants alone time with Arie and cuts off one of the Laurens in pursuit of quality time with Arie. Then she decides she needs even more time with Arie. She asks Bibiana if she minds if she interrupts, and Bibiana assures her that she does mind, very much. Then she tells her a whole bunch of other things that boil down to the fact that if she is sent home, it’s Krystal’s fault and Krystal will pay. Obviously the producers make them stand right next to each other during the Rose Ceremony.

The first rose of the night does not go to Bibiana, but to Maquel (the contestant who has already had to apologize for a racially insensitive Instagram photo), a bunch of blondes, a few Laurens, a couple of brunettes, the girl who is afraid of bumper cars, Brittanys, Ashleys, and some other girls who are not Bibiana, either. At last, Chris Harrison comes out to announce that it’s the Final Rose. Arie hands it to Bibiana, because there is no way that the producers are letting her and her sassy attitude go so early in the season. When a blonde woman doesn’t get a rose, she storms out of the room without saying goodbye to the guy who just dumped her, pointing out, “He literally picked a taxidermist over me.” When Arie chases after her, she tells him that she’s not sorry to leave him, but was actually here to make friends, which is a Bachelor first. 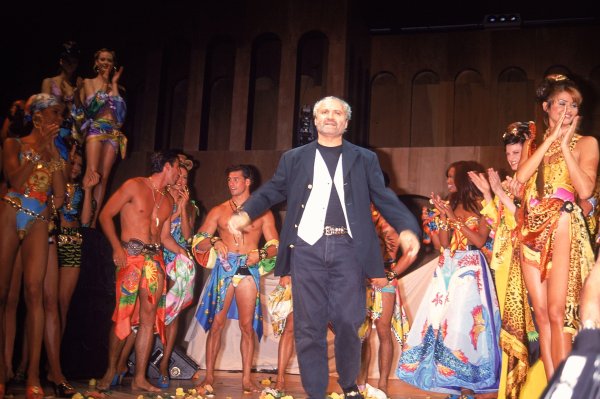