I Rode Lyft's Self-Driving Taxi Down the Las Vegas Strip. Here's What It Was Like

It started like any other Lyft pickup: After entering my destination in the app, a car appeared at my location several minutes later. But as I stepped inside the vehicle and shut the door, I was required to confirm my trip details on a tablet mounted near the center console facing the backseat. A driver sat in the front seat, but he took his hands off the wheel just a few moments into our drive. Suddenly, a disembodied voice announced that the car would be entering autonomous driving mode.

My ride was the result of a partnership between Lyft and automotive technology company Aptiv, which are proving self-driving taxi rides during this year’s CES in Las Vegas. The cars are capable of navigating to specific locations on the Las Vegas strip, including Caesar’s Palace, my destination after starting off from the Las Vegas Convention Center. It’s the second time Lyft is bringing its self-driving cabs to public roads, after first doing so in Boston last year.

Lyft and Aptiv’s self-driving car looks almost identical to a standard vehicle, save for one noticeably unique characteristic: The demo car I rode in had a dashboard display providing a visualization of what the car’s sensors saw as it navigated around Vegas. A car representing the vehicle I was been riding in occupied the center of the video feed. To the car’s left was a digital portrayal of the next lane of traffic, which included similar car-shaped graphics to indicate vehicles driving nearby. To the right was a wave of pulsating blue dots representing trees and other objects located on the sidewalk. These visuals are a simplification of what the car really sees for demo purposes; the vehicle actually processes this information in raw distances and numbers, says Serge Lambermont, Aptiv’s technical director of automated driving, who accompanied me on the trip.

In the middle of our conversation, the car announced that it was preparing to change lanes. Once we reached a traffic light, it seamlessly made a left turn as we continued toward our destination. The steering wheel automatically rotated on its own while the driver sat with his hands planted on his knees. The sensors’ artificial intelligence software analyzed how vehicles in neighboring lanes were behaving: if a driver accelerated in order to merge, the autonomous Lyft knew to decelerate in response. Transmitters in traffic lights on the Las Vegas strip are sending data to the self-driving Lyfts to communicate exactly when reds will change to greens. Aptiv’s technology can also distinguish between people, animals, trees, and billboards, and is capable of tracking up to 60 objects around the vehicle, Lambermont says.

As promising as the technology seemed during my demonstration, we’re still a ways off from self-driving taxis becoming commonplace affairs. There are several important obstacles to overcome, the biggest of which is ensuring the technology will always work safely, even when there’s a technical glitch. Cities, meanwhile, will have to optimize their roads, bridges and tunnels for autonomous cars. Certain road elements, like roundabouts with double or triple lanes and streets without clearly visible lane markings, are still challenging for autonomous vehicles, according to Lambermont.

Read more: Your Future Smart Car Could Use AI To Help You Drive

Still, Lyft, Aptiv, and many other technology giants are working toward an automotive future in which drivers may not be necessary even as a precaution. At its exhibit outside of the Las Vegas Convention Center, Lyft commissioned an artist to sketch personalized mockups of how future autonomous cars might look if they were tailored to an owner’s needs. The interior of a car mostly used for daily commuting, for example, could look more like an office or a living room than a traditional backseat. Pictured below is my custom sketch, which represents what a vehicle made to seat four passengers with a table in the middle could look like.

Self-driving car companies have long argued that freeing us up from our daily drives could boost our productivity while moving about. Indeed, during his company’s press conference on Jan. 7, Nvidia CEO Jensen Huang lamented the amount of time wasted commuting each day, reiterating that autonomous cars could enable passengers to get more out of their day since they won’t have to focus on driving (Nvidia, once better known as a graphics company, is now one of the foremost companies working on driverless car tech).

In the near term, it’s much more likely that electric, self-driving shuttles designed to travel along designated routes will become prominent before we’re all buying autonomous vehicles for our personal use — such preplanned trips are far easier to program and carry out. But Raj Kapoor, Lyft’s chief strategy officer, insists that the transition to autonomous driving will be similar to the evolution from horse-drawn buggies to the first automotive vehicles — that’s to say there will be “a few here and there” in the beginning before they’re suddenly “everywhere,” he says. It could very well be, then, that your children, or your children’s children, will look at human-driven vehicles the same way we look at those horse-drawn buggies today — outdated, unsafe, and justifiably retired from use. 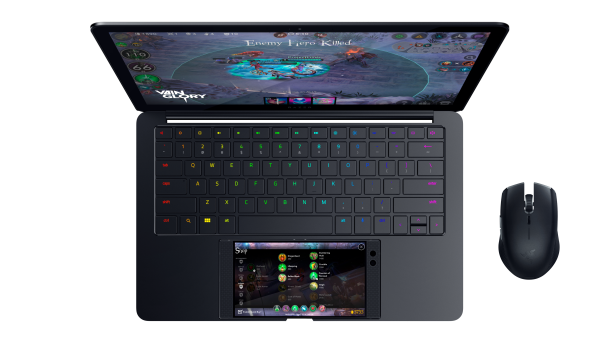 This Wild New Laptop Uses Your Phone as a Touchpad and Second Screen
Next Up: Editor's Pick