Did President Donald Trump Get the Flu Shot?

Health experts are predicting an especially nasty influenza season: cases are picking up early, and the flu season in Australia—which tends to be a harbinger of the U.S.’s—is reporting substantially more cases than last year. Though this year’s vaccine may not be as effective as in prior years, public health experts remain adamant about its importance, both in preventing infection and protecting people who cannot get the shot, including infants, the elderly and people who are immune compromised.

That advice is often heeded publicly by public officials and U.S. presidents, especially when there are severe influenza strains. Former Health and Human Services (HHS) secretary Tom Price was photographed receiving his flu shot in September. In 2009, former President Barack Obama released a photo getting his H1N1 (swine flu) vaccine. President Gerald Ford got his swine flu vaccine back in 1976 on television. Plenty of governors and senators also release photos of their influenza vaccinations. In 2010, Obama officially declared Dec. 5-11 as National Influenza Vaccination Week. “I encourage Americans to get vaccinated this week if they have not yet done so, and to urge their families, friends, and co workers to do the same,” he wrote.

So has President Donald Trump? That remains unclear. Multiple requests to the White House about the President’s inoculation status went unanswered.

In this handout provided by the White House, A White House nurse prepares to administer the H1N1 vaccine to President Barack Obama at the White House on December 20, 2009 in Washington, DC.
Pete Souza—White House/Getty Images

In 2015, during an interview on the former Opie & Jim Norton radio show, Trump was asked if he gets the flu shot every year, and said no:

The President is scheduled for a physical exam on Jan. 12th. The results of the exam will be made public and could include whether or not he got the flu vaccine. (In 2016, for instance, President Obama’s medical report stated that “routine vaccinations, to include seasonal influenza, all up to date.”) President Trump has no legal obligation to get a flu vaccine or make public whether or not he has received one.

But with his medical exam coming up, some public health experts are hopeful he will get one—and talk about it. Data shows that less than half of Americans got their flu vaccine for the 2016–17 influenza season.

“I can’t provide studies on whether if the President gets the vaccine, it will increase coverage,” says Daniel Salmon, the deputy director of the Institute for Vaccine Safety at Johns Hopkins. “But when President Ford and President Obama got vaccinated [publicly], they were sending the message that it’s really important. If leadership is not sure — well geez, I wouldn’t be so sure either.”

Though vaccine policy decisions are largely made at the state level, the federal government is critical when it comes to providing safe and effective vaccines to the American public. The Food and Drug Administration (FDA) and CDC are responsible for ensuring the influenza vaccine is safe and that people can easily get it, and do. The National Institutes of Health (NIH) does early vaccine research and funds outside research to bring new vaccines to market.

Dr. Peter Hotez, the dean of the National School of Tropical Medicine at Baylor College of Medicine, says he’d like to see public officials flooding the media to stress the importance of getting the flu vaccine. “In general, we’ve had a poor level of vaccine advocacy coming out of HHS for the last two decades, and this could haunt us for the current flu season,” says Hotez. “We know between 3,000 and 50,000 Americans die from flu every year. That’s tens of thousands of preventable deaths among Americans.”

Agencies like the CDC and HHS continued to honor national influenza awareness late last year with social media campaigns, but with less than 50% of Americans getting their flu vaccine, it’s clear more needs to be done. 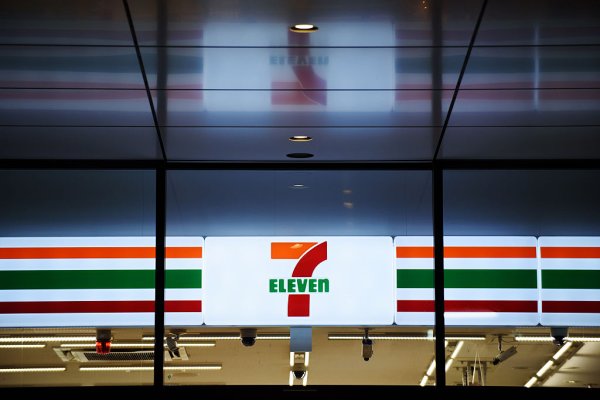 2,000 7-Eleven Customers May Have Been Exposed to Hepatitis A
Next Up: Editor's Pick