Sen. Lindsey Graham: If President Trump Doesn't Call Himself a Genius 'Nobody Else Will'

“If he doesn’t call himself a genius, nobody else will,” the South Carolina Republican told the hosts.

On Saturday morning, Trump tweeted that the mainstream media was attempting to discredit him by questioning his mental stability. “Throughout my life, my two greatest assets have been mental stability and being, like, really smart. Crooked Hillary Clinton also played these cards very hard and, as everyone knows, went down in flames. I went from VERY successful businessman, to top T.V. Star….to President of the United States (on my first try). I think that would qualify as not smart, but genius….and a very stable genius at that!” Trump tweeted.

“He beat me like a drum,” Graham said Monday about the presidential primary. “You can say anything you want about the guy. I said he was a race-baiting, xenophobic, religious bigot. I ran out of things to say. He won. Guess what. He’s our President now.”

When the hosts of the View asked Graham if he had retained those characterizations of Trump, Graham initially changed the subject, but ultimately said he did not display those characteristics as president. “In my view, he’s my president, and he’s doing a really good job on multiple fronts,” he replied.

Graham’s praise of the president marks a turnaround for him. As Trump noted Monday, Graham repeatedly disparaged him during his candidacy. But, the two have since developed somewhat of a surprising rapport.

“Lindsey. Used to be a great enemy of mine, now he’s a great friend of mine. I really like Lindsey. Can you believe that? I never thought I’d say that but I do like him a lot,” Trump said in a meeting with Republican Senators about immigration.

“Thank you,” Graham responded. “I like me too, so we have something in common.” 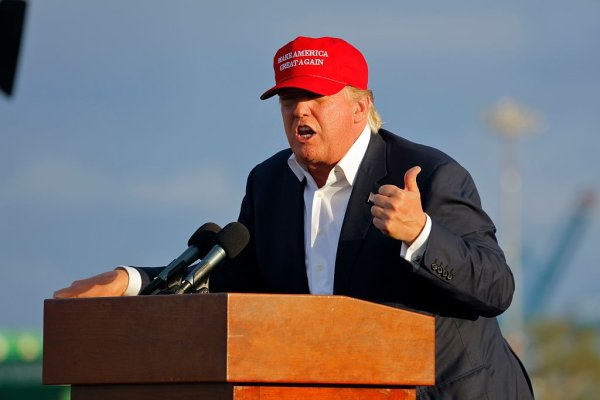 'Make America High Again' and 279 Other Ways People Are Ripping Off Trump's Campaign Slogan
Next Up: Editor's Pick