Chrissy Teigen — model and meme-maker extraordinaire — can often be counted on as one of the more memorable parts of awards shows. But even though she wasn’t in attendance at Sunday night’s Golden Globes, she still made a splash on social media as she is known to do.

Teigen stars in a new McDonald’s ad that aired during the show. It’s a very meta clip: she ducks out of a similar awards ceremony to pop by a fast food drive-through, pick up some snacks, and then distribute her spoils back to the attendees seated next to her. (For Teigen, this is very on-brand; she’s a vocal lover of all kinds of guilty-pleasure foods, and even has her own cookbook, aptly called Cravings.)

So while she was (presumably) tuned in to the evening’s show and keeping an eye on the statement-making fashion, she also took the time to comment on one other thing she saw onscreen: another McDonald’s ad, this one for Sausage McMuffins.

“Are you so proud of me?” she asked Twitter after her big ad aired, prompting an outpouring of support for her appearance. But while she may have been promoting fast food as her job, she wasn’t actually eating McDonald’s at the time. Instead, she shared that she was home making tacos with John Legend during Sunday night. 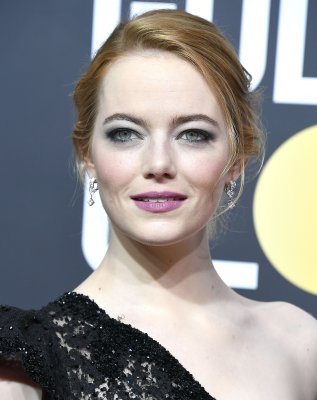 Emma Stone's 2018 Golden Globes Makeup Had a Political Message
Next Up: Editor's Pick