200,000 Salvadorans Have Lived in the U.S. for Decades. The Trump Administration Says They Have to Leave

The Trump Administration is revoking protections that allowed some 200,000 El Salvadorans to live and work in the U.S. in the next 18 months.

On Monday, the Trump Administration will announce that Temporary Protected Status for El Salvador will end on Sept. 9, 2019. Administration officials said Monday that the decision will give migrants time to get their affairs in order for a return or apply for any alternative status they may be eligible for in the U.S.

How long have Salvadorans had Temporary Protected Status?

El Salvadorans are the largest group of recipients in the United States and more than half have lived in the U.S. for more than 20 years. The migrants are also estimated to be the parents of more than 190,000 U.S.-born children.

According to the Migration Policy Institute, Salvadorans were first been granted temporary protection by Congress in 1990 in response to a deadly civil war. The institute estimates that one-quarter of the country’s population fled during the bloody war, between 1980 and 1990.

Since 2001, migrants from the Central American country have been able to avoid deportation thanks to the Temporary Protected Status designation that was granted to them by President George W. Bush. In January of that year, a catastrophic earthquake struck the country, killing over 1,000 people and displacing thousands more.

What has changed under President Trump?

Temporary Protected Status is technically a temporary program, as the name suggests, but every 18 months since 2001 presidential administrations have renewed the status for the thousands of Salvadoran migrants who’d come to call the U.S. home. Cornell Law Professor Stephen Yale-Loehr told TIME in November that presidents have typically maintained the status because ending it could pose a political challenge.

“Individuals from those countries settle here, they have roots, they marry U.S. citizens, they have U.S. citizen children,” he said. “So if you take it away then you’re dividing families and sending some people back to their home country.”

But under the Trump Administration, which has taken a more hardline approach to immigration in general, protections have been rolled back for several groups of migrants. Thousands of migrants from Haiti and Nicaragua will be at risk of deportation in the coming months when their designation officially ends. The Trump Administration is expected to make a final decision about the fate of Hondurans, who have been in the U.S. since a 1999 hurricane, in July 2018.

What does this mean for Salvadorans?

The Trump Administration’s decision means that many Salvadorans will face a tough choice of deciding whether to voluntarily return to a country that haven’t called home in decades or risk facing deportation. According to the Center for Migration Studies, more than half of beneficiaries from El Salvador have lived in the U.S. for more than 20 years. As TIME reported in November, Temporary Protected Status does not provide a pathway to legal citizenship in the U.S. — recipients do not receive green cards and they are not deemed eligible for citizenship or legal permanent residence based on their TPS status.

Their departure could affect the U.S. economy, too. The Center for Migration Studies also estimates that the labor force participation rate for TPS recipients from El Salvador, Haiti, and Honduras is between 81 and 88%, above the total U.S. population rate of 63%. The bulk of beneficiaries work in construction, the food services industry, landscaping, child care, and grocery stores.

El Salvadorans would face violence if they were to return to the Central American country—the State Department has issued a travel warning to U.S. citizens traveling there citing gang violence, high levels of homicide, extortion, and robbery as potential risks. But according to an administration official, that violence did not factor into their decision. Department of Homeland Security Secretary Kirstjen M. Nielsen based her decision on the conditions on the ground as they relate to the 2001 earthquake that led President Bush to grant protection initially, an official said. The Department of Homeland Security is now saying it would be up to Congress to institute a permanent fix and the 18 month delay gives them time to do so. 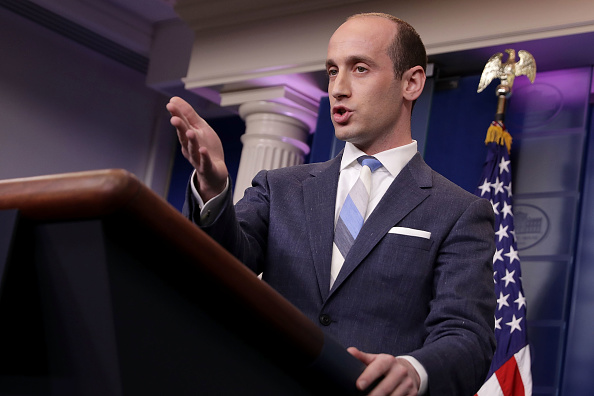