Fashion retailer H&M apologized on Monday for featuring a black child modeling a hoodie with a “coolest monkey in the jungle” slogan, saying it “believe[s] in diversity and inclusion in all that we do and will be reviewing our internal routines.”

The image, which appeared on the British version of H&M online store, was accused of being racist by hundreds of social media users on Sunday after the offending ad was screen-captured by blogger Stephanie Yeboah.

The Swedish company removed the ad, which appeared on its U.K. site, in response to the backlash. “We sincerely apologize for this image” H&M told TIME. “It has been now removed from all online channels and the product will not be for sale in the United States.””We believe in diversity and inclusion in all that we do, and will be reviewing our internal routines.”

Others on social media pointed out that two other sweatshirts in the same line, with one that said “survival expert,” were modeled by white children.

Many wondered whether the image, which was seen as making an insensitive association between the model and a hateful slur that has been used against black people, could have been avoided with better cultural awareness and a diverse workplace.

H&M joins a number of major brands that have been accused of insensitive or racist advertising. In October, Kellogg’s came under fire for its Corn Pops cereal box design that showed a darker Corn Pop in a janitor’s uniform among dozens of yellow-hued Corn Pop characters.

Dove was also forced to apologize that month for a social media post, where a looping image showed a black woman removing her shirt to reveal a white woman, which the company said “missed the mark” representing black women. 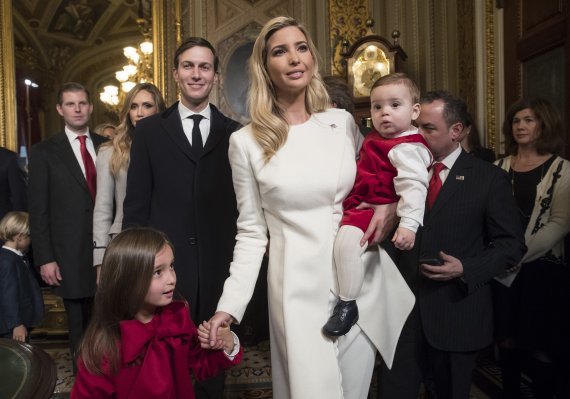 All the Times Ivanka Trump's Fashion Choices as First Daughter Started a Conversation
Next Up: Editor's Pick