This Roy Moore Accuser's Home Burned Down. Then Donors Raised $170,000 So She Can Rebuild

Well-wishers have raised more than $170,000 for Tina Johnson, an Alabama woman who accused former U.S. Senate candidate Roy Moore of groping her in 1991, after her home burned down in a potential arson case.

Johnson told AL.com her house in Gadsden, Alabama, burned down on Jan. 2, and that her family lost all their possessions in the fire. “I am devastated, just devastated,” Johnson said. “We have just the clothes on our backs.” The Etowah County Arson Task Force is investigating the cause of the incident.

Now, thanks to a GoFundMe page, $174,229 has been raised for Johnson and her family by more than 5,500 pledgers — already surpassing their goal of raising $100,000. The page, created by California tech exec Katie Jacobs Stanton, states that 100% of the money raised will be used to help rebuild Johnson’s home.

“If Tina has insurance that covers the damage, she’ll still receive funds from this campaign to help with living expenses and ease the weight of all this,” the GoFundMe page reads. “Money won’t erase what happened, but I truly hope it will help.”

Johnson is one of several women who accused Moore of sexual misconduct or sexual assault. She was also the first woman to say the former Senate candidate touched her inappropriately while he was married. Moore has called the allegations “lies and smears.” 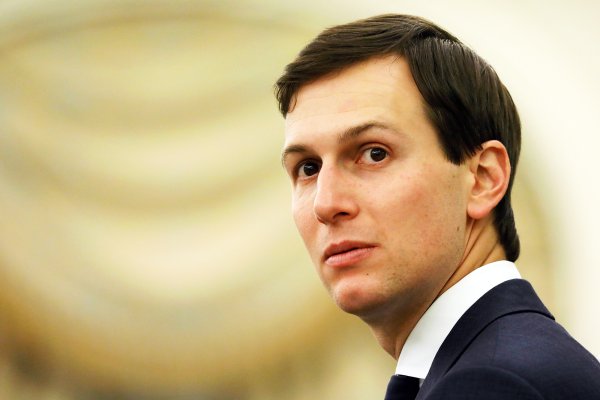 The Kushner Family's Company Is Being Investigated Over Use of a Controversial Visa Program
Next Up: Editor's Pick