During the 75th Golden Globe Awards on Sunday night, presenter Natalie Portman made a point of calling the contenders for Best Director “the all-male nominees.” Yes, Portman was calling out the Hollywood Foreign Press Association for failing to nominate any female directors this year — including Greta Gerwig, whose film Lady Bird won Golden Globes for Best Picture, Comedy and Best Actress for Saoirse Ronan. But Portman was also challenging a long history of sexist snubs.

Over the course of 75 years, the Hollywood Foreign Press Association has nominated a woman for the Best Director prize just seven times. Barbra Streisand, who was nominated twice, is the only woman to have ever won. She took home the award for Yentl in 1984.

Streisand herself seemed shocked by this fact when she presented at the Golden Globes on Sunday night. “That was 34 years ago,” she said. “We need more women directors and more women to be nominated for Best Director.”

And we need more women of color in the director’s chair. Of the five other female directors who have been nominated at the Golden Globes — Jane Campion (The Piano), Sofia Coppola (Lost in Translation), Ava DuVernay (Selma) and Kathryn Bigelow (The Hurt Locker and Zero Dark Thirty) — DuVernay is the only non-white woman.

Things are even worse for female directors at the Oscars. Since the Academy Awards first aired in 1929, just four women have been nominated for Best Director: Lina Wertmuller (Seven Beauties), Jane Campion (The Piano), Sofia Coppola (Lost in Translation) and Kathryn Bigelow (The Hurt Locker). Of those women, only Bigelow has taken home an Oscar.

Making a movie as a woman in Hollywood is hard enough. Women are often barred by studios and producers who assume they can’t handle a big budget or the pressure that comes with making a film. (Patty Jenkins proved that outdated thinking wrong with Wonder Woman, which became the third highest-grossing film of 2017.)

Women make up just 7% of the directors who helm the top 250 films, according to the San Diego State’s Center for the Study of Women in Television and Film. Stories of misogyny in Hollywood were so disturbing that the Equal Employment Opportunity Commission launched an investigation into sexism against female directors in 2016 — over a year before the Weinstein revelations and the #MeToo movement. Bigelow said of the investigation at the time, “Hollywood is supposedly a community of forward thinking and progressive people yet this horrific situation for women directors persists.”

Of the few women allowed to make movies, fewer still are backed by a studio willing to fund a major awards campaign. And even the very few women given the opportunity to create movies like Lady Bird often find themselves shut out from the awards race.

This year, women in Hollywood have decided that “Time’s Up” and are working together to fight sexism in Hollywood. Recognizing female directors for their work will be one of the first battlegrounds. 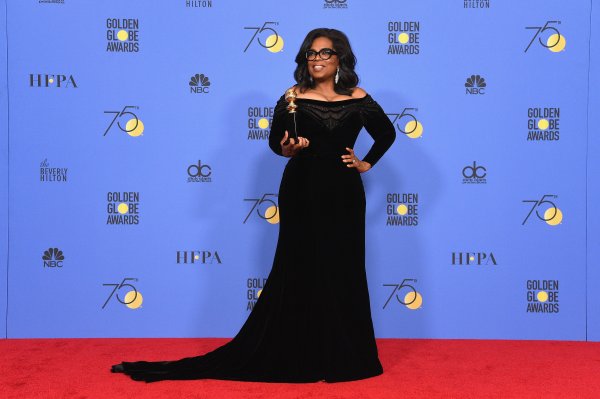